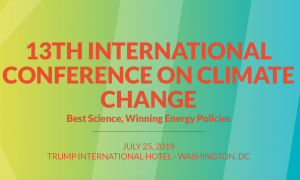 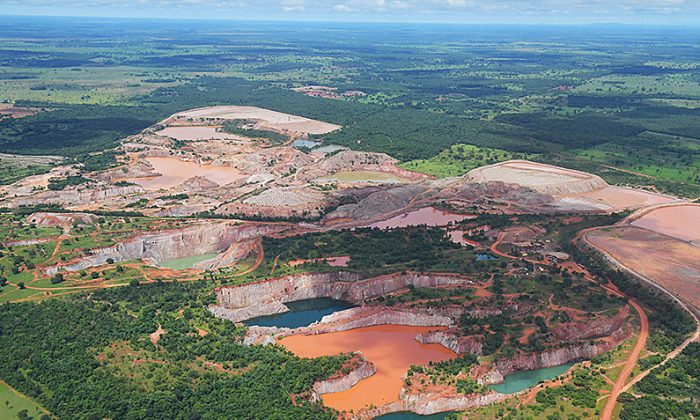 Aerial view of mining activity, at the Pantanal wetlands, in Mato Grosso state, Brazil, on March 8, 2018. The Pantanal is the largest wetland on the planet and is home to more than 4,000 species of plants and animals. (Carl De Souza/AFP/Getty Images)
Viewpoints

Conservatism, Conservation, and the Environment

What is a conservative? In his entertaining “Devil’s Dictionary,” Ambrose Bierce defines it this way: “Conservative, n. A statesman who is enamored of existing evils, as distinguished from the Liberal, who wishes to replace them with others.”

It’s funny and there’s something that rings true in that satirical definition. The conservative everywhere enjoys a skepticism about change—fearing it could all get worse (and it generally does!).

But Bierce wrote that more than a century ago, well before the rise of what would become the conservative intellectual movement that, in turn, spawned a political movement that helped profoundly influence the course of the second half of the 20th century. Still, the past century has brought so much change, and so much of what the conservative should cherish and seek to conserve has been damaged or lost—from faith and family to limited government and vibrant communities to traditional norms, values, habits, and manners.

With so much ground already lost, more contemporary conservative thinkers have had to move beyond mere conservation of the status quo and embody Edmund Burke’s dictum that “change is the means of our preservation.” And so, conservative thinkers can’t just embrace the status quo and bitterly cling to the last remaining wisps of a traditional society, but have to move to embrace new thinking and new proposals.

The conservative of the 21st century, in other words, can’t simply be “enamored with existing evils,” as some may have been in Bierce’s time, but must imagine and propose new solutions and paths for setting things right.

Conservatives are nothing if they don’t actually conserve when they can. We will be nothing if we can’t also change enough to be relevant and build anew what is no longer conservable in our time.

I’m not a scientist and so, I’m in no actual position to intelligently be either a “climate alarmist” or a “climate change denier.” My guess is that you aren’t a scientist either and haven’t much more than opinion on which to base your, well, “opinion” about those headlines. I’ve no objective basis on which to claim these headlines to be true or false. They may be based on the best objective science we have. They may be exaggerated. They may be based on mere guesses or worst-case scenarios. I can’t know.

What I do know is that the true conservative has the instinct to conserve. As Burke put it, at our best, we have a “disposition to preserve and an ability to improve.” Russell Kirk, in a book just re-released this year after more than 50 years out of print, argues the conservative side is about “permanence”—things that are considered so foundational as to be permanent and thereby deserving of our efforts at preservation, in an age of impermanence and “progress.”

Since the rise of the conservative movement following World War II, conservatives have rung alarms about changes in our economy, our schools, our families, our habits, and mores, as well as our system of limited and checked governmental power. Those conservatives were right to be alarmist, and to the degree we heeded those warnings, we have remained a tolerably free and ordered society. Where we didn’t rise to their challenge, we see the results in the culture and in the politics all around us. In so many ways, we have reaped what they warned us our culture was sowing.

Now, what does this have to do with the climate change headlines? If conservatism, at its core, is about conserving what is good, and if a model conservative does have a “disposition to preserve,” then conservation of our environment should be our cause. To the degree we remain indifferent to concerns about the health of the environment, we’ve abandoned our conservatism.

If those headlines about the coming damage to our Earth are true, should conservatives be engaged to “conserve”? If those headlines exaggerated the case by half, should conservatives still be concerned and treat the problems seriously? If only 10 percent of the species that are projected to be wiped off the planet permanently really do go extinct, is that not enough to inspire the conservative instinct to preserve? We don’t need to “buy” all that is being sold by environmental scientists and activists in order to be moved to action.

The environment is naturally a conservative cause; we used to call it, more properly, the cause of “conservation.” Some of our greatest heroes understood that—from Teddy Roosevelt who created the national park system to Russell Kirk, who planted scores of trees to make amends for his ancestors turning his area of Michigan into “Stump Country.” We can see it in such great conservative works of imagination as “The Lord of the Rings” and “The Chronicles of Narnia.”

But along the way, we have allowed the left to take on this cause and, in the process, we have been driven from it. The diagnosis of how this happened isn’t my purpose here but is wrapped up in complicated economic issues, liberty concerns, and the left deciding to use the agenda to promote other causes they care about.

Conservatives must again seize the mantle of being conservationists. Instead of mocking all concerns from environmental activists, we should find ways to help that won’t bring untoward damage to other things of value. From Aristotle to Burke to Kirk, the conservative is most prudent in seeking ways to find balance between competing goods. We must love the place we live and care for it as our home. We should find little ways we can be conservative in our daily habits and imagine new solutions to big potential problems.

In other words, we need a change in our attitudes and our imaginations to become more authentically conservative.

After all, everything we wish to conserve and see thrive exists in the environmental space of our neighborhoods and our planet. To conserve the latter means we may have some hope in preserving all the rest that make life worth living.

Gary L. Gregg holds the Mitch McConnell chair in leadership at the University of Louisville and is host of the new self-education podcast Vital Remnants.