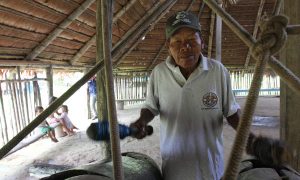 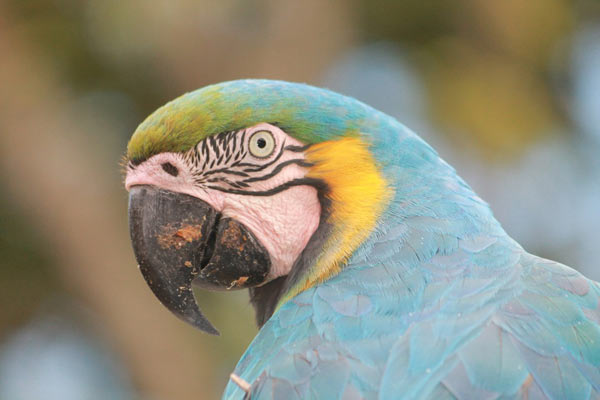 Conservation vs. Carbon Storage in Brazil

At the Los Angeles auto show in November 2008, Hyundai made a groundbreaking announcement. It would offset carbon dioxide emitted by all 2009 Genesis sedans during their first year on the road through “the permanent conservation and reforestation of 3,000 acres of tropical forest in Brazil.”

The Genesis Forest Project was notable owing to its surprising location: It would restore forest not to the carbon-rich Amazon, but to the hot, dry Brazilian Cerrado, a low-carbon biome that is shrinking at more than twice the rate of the Amazon due to the expansion of soy plantations, eucalyptus groves and cattle ranches.

The Cerrado, which covers roughly one-quarter of Brazil or 2 million square kilometers (772,204,317 square miles), is one of the world’s great biodiversity hotspots — a mix of grasslands, scrub, and moist gallery forests in a landscape rising from sea level up to 3000 feet. It covers three major river basins and touches each of the country’s other biomes: the Amazon, Atlantic rainforest, Pantanal swamp, and Caatinga’s spiny forests. It also provides critical habitat for the maned wolf and giant anteater, plus 4,400 plant species found nowhere else on Earth.

Hyundai was to be awarded carbon credits by the United Nations Reducing Emissions Through Deforestation and Forest Degradation program, known as REDD, and it boasted that it would be “one of the first voluntary carbon offset projects that will meet the high standards of the Climate, Community and Biodiversity Standards.” But on May 2, 2011, the project was withdrawn from validation. Its auditors were concerned that, despite the Cerrado’s biodiversity, little carbon could be stored in a region regularly burned by wildfires.

While the Amazon boasts aboveground carbon stocks of 250 metric tons per hectare or more, carbon stocks in the Cerrado are estimated at just a few tons per hectare up to a maximum of 40 tons per hectare. Only a small fraction of the Cerrado is actually considered forest, notes Marcelo Haddad, the technical coordinator of sustainable carbon at the Ecological Institute, which proposed the failed Genesis project on a barren cattle ranch that was to be reforested. Indeed, some of the region’s most diverse ecosystems are scrub-covered fields and grasslands. “We cannot develop REDD projects there,” he says.

“I’m afraid that in the future, few natural areas in the Cerrado will be left,” says Carlos Bianchi, an ecologist at the Federal University in Goías. “Agriculture is moving much faster than conservation can.”

The failure to protect the Cerrado glaringly highlights a conflict policymakers would rather not talk about: the mismatch between biodiversity conservation and carbon mitigation strategies.

In the last decade, conservation became synonymous with limiting carbon emissions. Carbon storage tallies provided a clear metric for comparing the global value of, say, a meadow in Minnesota with the rainforests of the African Congo. Because forests have carbon locked away in their woody roots and trunks they are worth more than grasslands when it comes to preventing climate change. But it’s becoming increasingly clear that protecting high-carbon ecosystems does not necessarily translate to protecting global biodiversity.

Scientists have been raising the alarm about the disparity between biodiversity goals and carbon goals for several years. In a 2009 study in Science, Oscar Venter and colleagues demonstrated that to maximize carbon storage, 74 percent of all REDD funds worldwide should simply be spent in the Brazilian Amazon. Forget the wildly biodiverse but carbon-poor Cerrado. Indeed, even the tropical forests of the Philippines, Indonesia, and Madagascar would lose out on REDD carbon funding without special incentives to prevent species extinctions.

Regulations in Brazil have long been skewed toward protecting the Amazon at the expense of other biomes. Private landowners in the Amazon are required to leave 80 percent of their land in forest, compared to just 20 percent in much of the Cerrado.

Recent regulatory changes now threaten the remaining wild Cerrado. In the past, its farmers had to compensate for cropland conversion by buying and preserving nearby forested properties, or by restoring land they illegally cleared. But in 2012, Brazil loosened the Forest Code and granted amnesty to small landowners. These revisions suddenly created a surplus of land that could now be cleared for agriculture. The majority of that total — 39 million hectares — is located in the Cerrado, according to an analysis by Britaldo Soares-Filho and his colleagues in Science.

Meanwhile, new research is beginning to challenge the idea that the Cerrado is irrelevant to the battle to reduce atmospheric carbon. Mercedes Bustamente, a plant physiologist at the University of Brasília, told me that though the Cerrado does not store as much carbon as the Amazon, her measurements of soil carbon show that it is still a “carbon-rich ecosystem.”

When Bustamente recently prepared Brazil’s third national inventory of greenhouse gas emissions for the U.N. Framework Convention on Climate Change, she concluded that greenhouse gas emissions from the Cerrado are now of the same order of magnitude as those from the Amazon. On a hectare-by-hectare basis, there is still less carbon in the Cerrado, but, she says, the deforestation rates are much higher. She believes that REDD projects could be valuable for protecting the Cerrado, but it will be difficult to create the guidelines and incentives. Carbon mitigation schemes will likely continue to ignore savanna ecosystems because wildfires are an inevitable component of these landscapes.

Ironically, the largest carbon credit project in the Cerrado trashes its biodiversity. Approved in 2011 under the United Nations Clean Development Mechanism, it involves the planting of non-native eucalyptus trees to be burned as charcoal. The Plantar Pig Iron project, as it is known, can be seen from a highway north of the city of Belo Horizonte in Minas Gerais state. In an area that was once native Cerrado, and then cattle pasture, sterile rows of eucalyptus trees stretch for miles. The company failed to win approval for carbon credits based on planting the forests themselves but demonstrated that its sophisticated kilns will reduce the release of climate-warming methane into the atmosphere.

The company argues that its tree plantations are carbon-neutral, but scientists are skeptical. The carbon stored in the eucalyptus trees doesn’t go back into the soil. In a recent study of similar eucalyptus plantations in the region, Claudenir Fávero, an agronomist at the Federal University of Jequitinhonha and Mucuri Valleys in Diamantina found that a startling 25 percent of the carbon in the top 20 centimeters of soil had vanished in just five years. That’s carbon that isn’t stored, but gets burned and reenters the atmosphere, adding to global warming.

Eucalyptus, he also points out, sucks up three times more water than native vegetation in a region where water is increasingly scarce, and climate change induced drought is intensifying. So it appears that the U.N. endorsed Cerrado eucalyptus plantations are a lose-lose proposition –devastating for biodiversity, and steadily sucking carbon out of the soil.

That any of the Cerrado survives today can be traced directly to its few, passionate defenders. They include Reuber Brandão, a University of Brasilia ecologist who puffs on banana leaf cigarettes when he’s not catching and describing new frog species.

“When I was a child I remember there was beautiful Cerrado everywhere,” says Brandão. “Today, a lot of the areas I knew as a child have gone away, replaced by cities, by monocrops, and by hydroelectric dams. We don’t have a national feeling about the Cerrado, because we are so concerned about forests like the Amazon.”

In the late 1990s, he fell in love with a piece of the Cerrado where the states of Minas Gerais, Bahia and Goías intersect. It was once Brazil’s wild west: a lawless, conflict-wracked region notorious for its jagunços, or outlaws. The landscape and its people were immortalized in the 1956 Brazilian novel, Grande Sertão Veredas by João Guimarães Rosa. The title refers to the region’s extensive veredas — long, narrow swamps surrounded by Buriti palm trees filled with macaws.

In 1989, Brazil christened a new national park to honor the novel. But by the early 2000s, Brandão saw the native vegetation surrounding the preserve turning fast into cropland. That’s when he and a group of conservation-minded cattle ranchers petitioned the government to expand the park. In 2003, Brandão got a job with the Brazilian park agency. His first assignment was to sketch out the park’s new borders, and he more than doubled it in size from 89,000 hectares to 230,000 hectares (343.6 square miles to 888 square miles). “I was threatened with death by one farmer,” he recalled recently. “Another one tried to bribe me.” Today, the park is one of the largest in the Cerrado.

On a February afternoon, he took this reporter for a drive out along a road near its edge. We stopped and got out. To our right, lay a dense woodland where we had spotted the tracks of a maned wolf (Chrysocyon brachyurus). To the left, was a neighboring farm. Knee-high fields of soy stretched out toward a seemingly infinite horizon. “If [the park] hadn’t been expanded at the time,” he said. “Today, it would just be soybean and eucalyptus.” Not much good for biodiversity — or for carbon storage.

Meanwhile, Marcelo Haddad and the Ecological Institute haven’t abandoned their hopes at using carbon credits to reduce deforestation in the Cerrado, despite the failed Hyundai project. They are now working with 14 ceramics factories, which have started firing special kilns with rice husks rather than native wood. “Any kind of conservation could help prevent the destruction of this biome,” Haddad says.