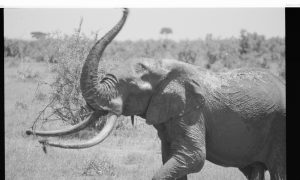 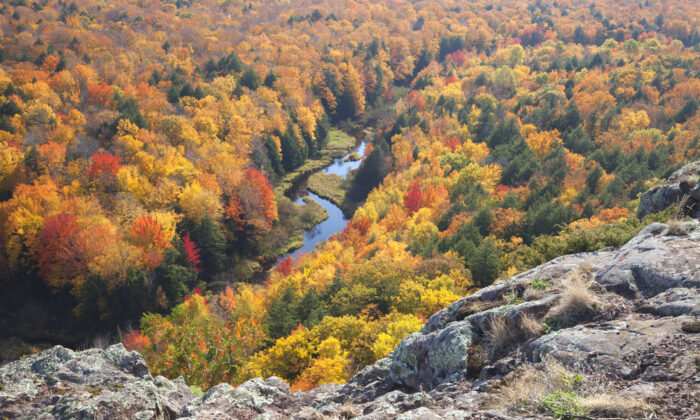 A river snakes through the wilderness. (Dan Thornberg/Shutterstock)
Environment

ConservAmerica hosted a webinar on Oct. 12 to discuss the bipartisan Recovering America’s Wildlife Act (RAWA), which would add nearly $1.4 billion in funding to wildlife conservation-related programs, helping to keep species off the endangered list.

It would provide $1.3 billion per year to a new Wildlife Conservation and Restoration subaccount, supplementing, but not replacing, the funding that already exists.

The House version of the bill was introduced April 22 by Reps. Debbie Dingell (D-Mich.) and Jeff Fortenberry (R-Neb.), while the Senate version was introduced by Sens. Martin Heinrich (D-N.M.) and Roy Blunt (R-Mo.).

“While there are over 1,600 species listed as either endangered or threatened in the U.S. under the Endangered Species Act, states have identified more than 12,000 at-risk species requiring conservation and monitoring,” Brent Fewell, founder of Earth and Water Law Group, said during his opening remarks. “Absent more and better conservation, many of these species could soon be added to the ESA list.”

“This is very much predicated on the idea that an ounce of prevention is worth a pound of cure,” said Collin O’Mara, president and CEO of the National Wildlife Federation.

“If we don’t do that kind of preventative medicine before we end up in the emergency room, we could see thousands upon thousands of species being listed, billions—hundreds of billions—of dollars in costs to the private sector, and tens of billions of costs on the government, to save species that would frankly be a lot cheaper to save now.”

He said the addition of thousands of species to the U.S. endangered species list could be a “regulatory train wreck.”

Sara Parker Pauley, director of the Missouri Department of Conservation, cited “limited funding sources” at the state level as a major reason for the support of RAWA, telling Fewell that Missouri’s wildlife action plan could be implemented “once—and I do say once—Recovering America’s Wildlife Act passes.”

Pauley also told Fewell that RAWA would enable her department to hire more staff. “For what we need to do, both on public and private lands, it’s going to mean additional capacity here at the department.”

Amos Eno, president and founder of the Land Conservation Assistance Network, emphasized the need to involve private landowners in conservation, noting that the vast majority of wetlands and endangered species habitats are on private land.

Fewell also noted that some Republicans have concerns about the bill’s price tag—“Although when you talk about $3.5 trillion reconciliation packages, obviously it’s a small drop in the bucket,” he said.

O’Mara, of the Natural Wildlife Federation, responded by arguing that RAWA would replace “a system that’s too often defined by regulation and litigation with a system of collaboration.”

According to O’Mara, this year’s bill, unlike previous years’ RAWAs, relies on “undesignated penalties and fines and different environmental revenues” for funding, thanks to Blunt.

“It’s something that doesn’t actually increase the debt, because it’s money that isn’t currently part of the baseline,” he said.

Fewell asked Pauley whether RAWA would lead states to engage in more land purchasing rather than conservation easements. Conservation easements keep land private and potentially offer tax incentives to owners while permanently protecting land by prohibiting certain, specified uses of it—in some cases, for example, the right to construct buildings on it.

“We have a land conservation strategy in Missouri where we’ve already established those very clear, top priorities for when we might purchase land,” said Pauley, citing “a remnant of prairie” key to some species’ overall success as one example of such a situation and emphasizing that landowners have to be willing to sell.

“We would utilize some for land acquisition—of course, conservation easements and other tools as well.”

Amos, of the Land Conservation Alliance Network, told Fewell that voluntary conservation easements will be “the biggest tool in the future … for preserving habitat.”

“You’ve got to make people part of the conservation parade. It’s not just about biology and science. People are the people that are the proponents that actually effect action on their lands,” Amos said.