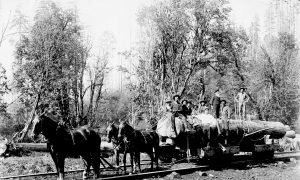 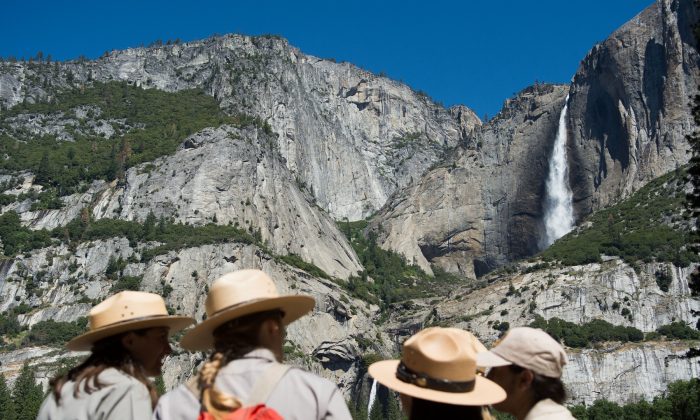 Conservation Bill Would Fund US Purchases of Private Land

WASHINGTON—An omnibus package of public-lands legislation that would create a $9 billion slush fund every 10 years to nationalize privately owned lands for conservation purposes has gone to President Donald Trump for his signature, after the bipartisan bill easily passed both chambers of Congress with veto-proof supermajorities.

Conservatives are skeptical of the measure, which would let the federal government expand its real estate portfolio.

Almost a third of the United States and half of the land in the Western states is already owned by the federal government. In Utah and Nevada, the U.S. government owns close to two-thirds of the land.

The pending legislation is known as S.47, or the John D. Dingell Jr. Conservation, Management, and Recreation Act. Introduced Jan. 8 by Sen. Lisa Murkowski (R-Alaska), it would permanently reauthorize the Land and Water Conservation Fund. The measure was named after Dingell, the long-serving chairman of the House Energy and Commerce Committee who was a member of the House for 59 years. He died Feb. 7 at the age of 92.

Congressional authorization lapsed last year for the fund, which uses royalties that the federal government collects from offshore oil and natural gas and redirects them to conservation efforts. According to the Department of the Interior, the fund has funneled $3.9 billion to 41,999 state projects and set aside 2.37 million acres since 1965.

Every dollar the government spent returned $4 in economic value, Mrs. Dingell and supporters of the fund have claimed.

The omnibus measure passed the Senate 92–8 on Feb. 12 and received final congressional approval when the House passed it 363–62 on Feb. 26.

At press time, Trump hadn’t taken action on the bill.

Economist Stephen Moore, a senior fellow at the Heritage Foundation, urged Trump to veto the measure, which he called a “land grab” bill.

According to the Heritage Foundation, the Interior Department currently has a $16 billion maintenance backlog on lands that the United States already owns but is unable to take care of. And the federal government “has proven over the last 30 years that it is an atrocious protector of our forests and wildlife,” Moore added, noting that federal land practices include “let it burn” policies during forest fires.

“At its core, this legislation violates a central and common-sense principle of the Republican Party and its fight against the Democrats’ ongoing War on the West. That principle dating back to the Newt Gingrich years is simple: Congress shall allow no net loss of private property to the feds. For every acre the government plans to purchase or simply seize, it must sell off at least one acre in return.”

President Barack Obama seized millions of acres of additional lands “and though Republicans whined, they did little to stop him.”

“We all understand and appreciate the conservation efforts that inspire the Land and Water Conservation Fund. What is really tragic, though, is the growing consensus that the only way to preserve great places is through government ownership.

“In fact, federal ownership and mismanagement has proven to be a death sentence for our national forests, and until Congress figures out how to restore responsible management to the public lands, they should not be buying more.”

He said it was “ridiculous” for the federal government to acquire more land and make it “off-limits to the vast bulk of human activities.” The government owns “so much of every Western state already” and does “a lousy job of managing and caring for those lands, including forest management and fire prevention via thinning and dead timber removal.”

It’s “absurd that Republicans joined in on this travesty” that will ban energy development, timber-cutting, and mineral exploration on much of the newly acquired land that Americans need “so that we don’t have to rely on China and other countries for 100 percent of our electricity and other energy,” Driessen told The Epoch Times.

Donny Ferguson, president of Americans for a Better Economy, an Alexandria, Virginia-based nonprofit organization, also urged the president to veto the legislation.

“The bill spends millions of tax dollars gobbling up millions of acres of land so they can’t be used to provide jobs,” Ferguson told The Epoch Times.

“Government should be selling off land instead of spreading its tentacles. Americans across the country are demanding President Trump veto this massive land grab and continue to open land for timber and minerals. With debt spiraling out of control and our economic recovery at risk, this bill puts Americans at risk.”