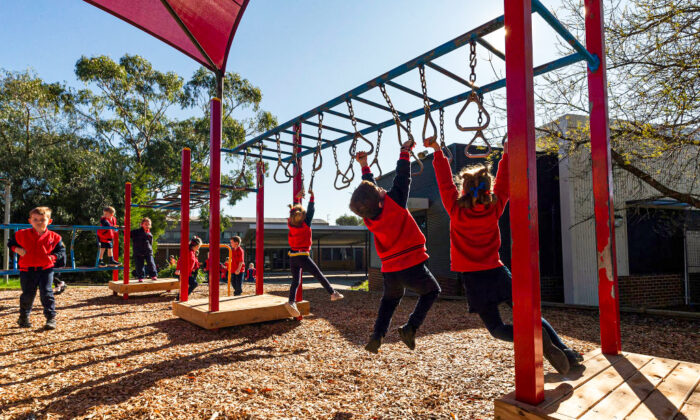 Religious advocates have warned about the consequences of mandating consent education in school curriculums in the wake of a nationwide movement in Australia.

From 2023, all Australian schools will be required to teach consent education—which includes coercion, gendered stereotypes and power imbalances—from foundation to Year 10.

On Feb. 17, Sen. Jonathon Duniam, who is representing the minister for education and youth, confirmed in senate estimates that state and federal ministers have unanimously agreed to enshrine the consent content within the health and physical education curriculum (pdf).

The draft documents have not been signed off on and are scheduled to be considered in April.

However, the Australia Christian Lobby (ACL) has argued that if consent education is taught to children, “potentially we robbed them of their innocence, which is a child’s birthright.”

“Children as young as kindergarten age are being expected to make decisions on their own life that traditionally parents have made or that they are very young to be expected to either consent or not consent to really important decisions.”

Francis noted that while it is “parents’ right” to oversee what their children are taught, they have not been consulted by the government or seen the planned curriculum before it becomes mandated.

“The state doesn’t own our children,” she said. “And they should not be assuming the position to dictate what’s taught from kindergarten age regarding gender and sexuality.”

Francis added that parents should be able to decide how far they’ll go in teaching their small children about the content and concepts surrounding consent education .

Chanel Contos, the founder of the Teach Us Consent, one of the organisations behind the push for mandatory consent education, said the change was made after collecting over 44,000 signatures, more than 6,700 testimonies of sexual assault, and “countless hours of volunteer work and support.”

Under the proposed curriculum, students across the continuum of learning from foundation to Year 10 would learn about the concepts of consent that is “appropriate” to their ages, while students from years seven to 10 would explore consent from the perspective of sex education, The Sydney Morning Herald reported.

Students are required to “describe strategies for seeking, giving, or denying consent and rehearse how to communicate their intentions effectively and respectfully,” and “communicate assertively” in regard to consent.

The curriculum would apply to faith-based schools, some of which have raised concerns that mandatory consent education would be in conflict with the schools’ religious precepts.

Mark Spencer, director of public policy at Christian Schools Australia (CSA) told The Epoch Times that “historical, orthodox Christian teaching considers all sexual activity should be consensual and within the confines of marriage between a man and a woman.”

“There is no place in Christian teaching for coercive or non-consensual sexual activity,” he said.

“As with other aspects of the Australian Curriculum, Christian and other faith based schools would approach mandatory content from the perspective of their faith and beliefs,” he added.

Spencer also noted there have been “serious concerns raised about the efficacy of any ‘consent’ education in the context of a culture awash with pornography,” which was previously described by pro-life feminist Melinda Tankard Reist as “the world’s most powerful sexual groomer.”

According to U.S. research that re-examined the evidence for comprehensive sex education in schools, sex education programs can produce harmful effects on children as they can either increase teen sexual experimentation, teen pregnancy, sexually transmitted diseases (STDs), number of sex partners, sexual activities, forced intercourse, or they decrease condom use in participants.