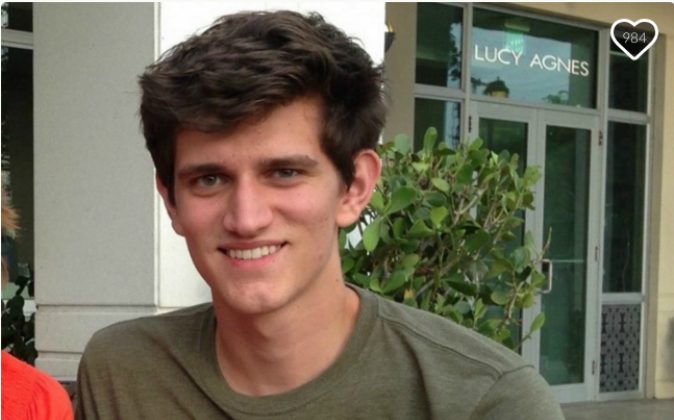 Connor Golden is recovering with a proesthic leg after losing his limb in a Central Park explosion on July 3. (GoFundMe/ConnorGoldenFund)
US

Connor Golden, the Virginia tourist whose foot was blown off by a homemade explosive in Central Park this past summer is walking again—all thanks to the generosity of well-wishers.

In a GoFundMe post on Sept. 5, Golden updated and expressed gratitude to everyone—family, fellow amputees, New Yorkers, and strangers—who have served as a support system for him as he embarked on a journey towards recovery and healing following the July explosion.

“This past week, I returned to school and took my first steps on a prosthetic leg, which all of you have helped me pay for (in addition to other medical bills and recovery expenses),” he wrote. “I am posting with this note a photo of me at the prosthetist’s office on the day I received the prosthetic leg.”

Golden shared a photo of himself walking with his new prosthetic leg.

“You’ll see that I’m smiling in the photo. That’s not just because I’m happy to begin walking again. It’s also because I am so grateful for the huge amount of love and caring that has taken me from the shock of July 3 in Central Park, through the very difficult operations at Bellevue hospital, through police questioning and media pressure, through the healing process while at my parents’ house in Northern Virginia, through my trip back to school while on a wheelchair and crutches, to standing on my new leg.”

Visiting from Virginia, Golden was walking with his two friends—Thomas Hinds and Matthew Stabile—in Central Park on July 3 when he stepped on a rock covering an explosive. His left leg below the knee had to be amputated and he lost his foot; his friends were uninjured.

Police have stated they believe the device was created by “an explosive hobbyist or experimenter” who had some knowledge of chemistry, reported NBC New York.

Golden, who is studying music engineering at the University of Miami, has undergone several costly surgeries. The crowdfunding page has raised over $70,000 to help alleviate the teen’s medical expenses.

The New York Police Department has yet to make an arrest in connection with the incident.