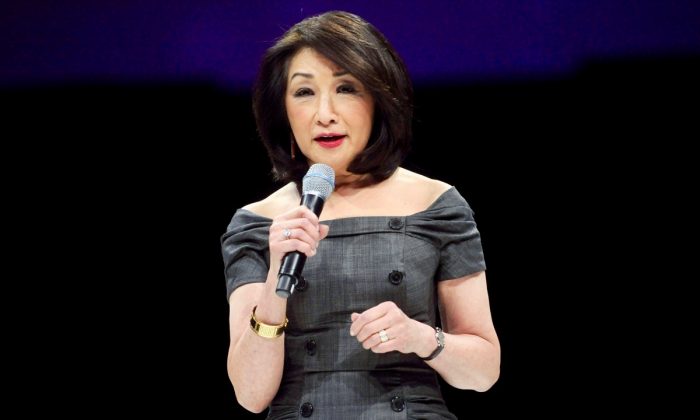 Veteran journalist Connie Chung gave her view on the firing of Matt Lauer and Charlie Rose for sexual misconduct. She also gave a brief statement on her own experience with sexual harassment over the course of her career.

Chung made the comments during a Jan. 8 appearance on “Watch What Happens Live With Andy Cohen.”

“I’m very proud of CBS and NBC for just taking quick action,” Chung said. “Some people might be victims of precipitous action, but these two, the reports about them seemed excessive.”

Lauer was fired from NBC’s Today, and Rose was fired from his roles at CBS, PBS, and Bloomberg, in November. Both face multiple allegations of sexual misconduct.

Chung was only the second woman to co-anchor network news, according to Entertainment Tonight. Andy Cohen asked Chung whether she has received sexual harassment during her career.

“Oh yeah, sure, every day—I mean, a lot—especially when I started out,” Chung responded when asked on “Watch What Happens Live.”

She isn’t likely to take anyone to court, though. The 71-year-old told Cohen that anyone that harassed her is now “dead.”

Her husband, TV presenter Maury Povich, sat by her side during the interview and also took questions about his career.

Chung told Cohen her most memorable interview was when she spoke with former-President Richard Nixon during the Watergate scandal. In the midst of Nixon dodging Chung’s probing questions, he asked her how much money she made. After telling him, Chung recalled that Nixon responded, “Listen to this—you gotta make more money.”

After a career that saw her on the major networks, Chung has made few TV appearances in recent years. In an interview posted in 2015 with the Archive of American Television, she suggested that her lack of work has to do with her age. She said unless you are currently holding a position, like Diane Sawyer or Barbara Walters, it is difficult to get a job with aging looks.

“Everyone I see on the air is rather youngish, and can handle HDTV” she laughed. “High definition is a killer!”