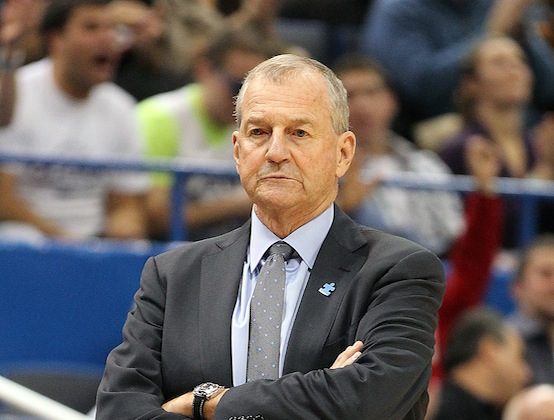 Connecticut coach Jim Calhoun has won three titles and would like a shot at another one in 2013. (Jim Rogash/Getty Images)
College Sports

The University of Connecticut has proposed its own penalties—including a reduction of games next season—from 27 to 23—in an effort to get a waiver from the NCAA to allow the team to participate in the 2013 NCAA men’s basketball tournament, according to a report by The Associated Press.

Currently the school is barred from that tournament as a result of a penalty for years of below-standard academic results.

The Associated Press report cites a document obtained under a Freedom of Information request.

Along with the reduction of games the school proposes forfeiting the revenue awarded to the Big East for participating in the 2013 tournament and barring coach Jim Calhoun from meeting off campus with prospective recruits during the fall 2012 contact period.

In addition the school said Calhoun will bring a current or former NBA player to inner-city schools for at least five educational sessions on the importance of academic achievement.