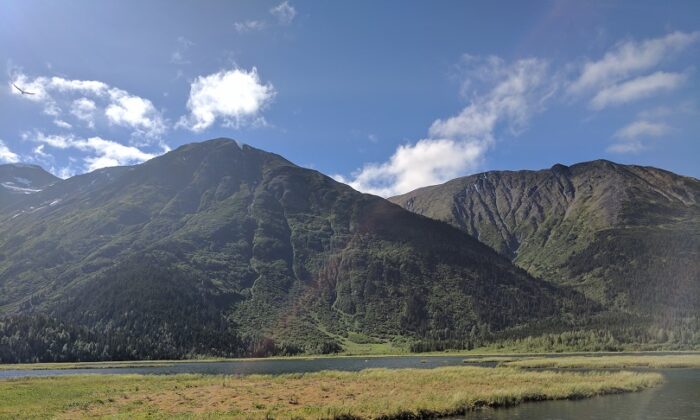 This file photo shows landscape in Alaska. Alaska is rated No. 1 in Truth in Accounting's "Financial State of the States." (
US News

Connecticut received the dubious honor on Sept. 29 of displacing New Jersey as the state with the highest taxpayer burden, according to a new “Financial State of the States” report from Truth-in-Accounting (TIA).

Illinois, Massachusetts, and Hawaii follow in the 48th, 47th, and 46th positions among the nation’s 50 states, as calculated by the Chicago-based nonprofit that tracks government spending and debt at the metropolitan, state, and federal levels.

“Connecticut’s money needed to pay bills increased by more than $10 billion to $79.6 billion mostly because the state’s pension and retiree health care plans’ actuaries determined future state contributions will need to increase because estimated future investment income will be less than previously expected,” according to the report.

Despite being passed by Connecticut, New Jersey still faces a serious financial condition, the report says, because the state “had no money set aside to weather the current or any future crisis.”

The report pointed out that Alaska “had plenty of money to deal with the COVID-19 pandemic yet received federal aid.”

The report singled out Utah for its financial management practices.

“Utah has the best record among the 50 states in keeping expenses below revenues. In fact, Utah has done that every year since 2005, even during the Great Recession and now during the onset of a global pandemic.”

The states with the healthiest financial condition are referred to by the TIA report as “Sunshine States,” while those at the bottom of the ranking are “Sinkhole States.”

To determine its rankings, TIA divides how much a state needs to pay its bills by the number of state taxpayers in order to calculate comparison data. States with money available after all bills are paid rank highest.

The overall financial condition of the states remained mostly negative in 2020 despite the federal government’s providing massive amounts of money to help state officials cope with the COVID-19 pandemic that has to date killed more than 696,000 Americans. The disease originated in China and reached the United States in January 2020.

“At the end of the fiscal year 2020, 39 states did not have enough money to pay all of their bills. This means that to balance the budget—as is required by law in 49 states—elected officials have not included the true costs of the government in their budget calculations and have pushed costs onto future taxpayers,” the report stated.

“State governments, in general, did not have enough money to pay all of their bills. The total debt of the 50 states amounted to $1.5 trillion. Our analysis does not include debt related to capital assets.”

Like the federal government, which faces more than $100 trillion in unfunded pension and other mandated benefits, state pension costs are mounting rapidly.

“Most of the states’ debt came from unfunded retirement benefit promises, such as pension and retiree healthcare liabilities. For 2020, pension debt was $926.3 billion, and other post-employment benefits (OPEB), mainly retiree health care, totaled $638.7 billion,” the report calculated.

Sheila Weinberg, TIA’s president, told The Epoch Times on Sept. 29 that “if the federal government hadn’t bailed out the states during the current crisis, things would be much worse,” but she worries, asking, “Should states be counting on money from an entity that has to print or borrow money to give to them?”

Some of the states that received the most federal assistance, notably including California, “are now declaring surpluses even though they have tens of billions of dollars of outstanding bills. California has the most unfunded debt at more than $200 billion,” she said.

Weinberg decried the result of state officials misrepresenting their jurisdictions’ true financial condition. “It is horrible that citizens can’t knowledgeably participate in their state’s tax and spending policies, because they are not told the truth.

“Our representative form of government is being harmed because people vote for elected officials based upon the wrong numbers and assuming that the current elected officials have been living within the state’s means.”