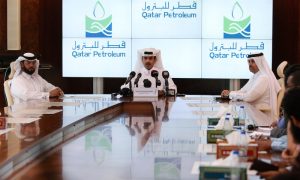 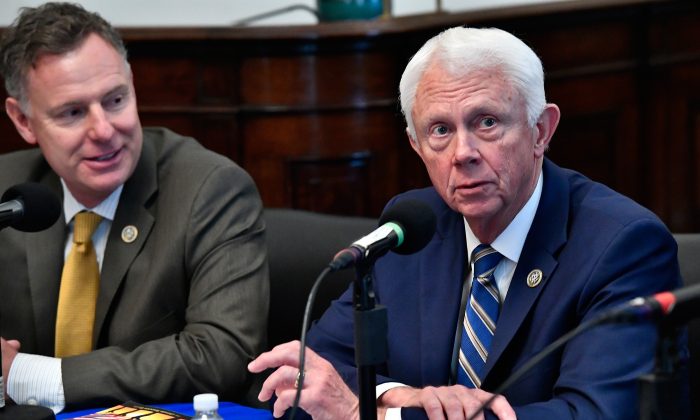 WASHINGTON—Speaking before a conference on Qatar in Washington, members of Congress joined military leaders and experts in questioning current U.S. policy toward the gas-rich petrocracy. The U.S. currently maintains extensive ties with Qatar, centered around Al Udeid Air Base southwest of Doha, the nation’s capital.

Bergman stated that Al Jazeera, Qatar’s propaganda outlet, “ran a months-long spy operation aimed at U.S. Jews and pro-Israel groups.” He also noted that Qatar hacked Americans, including an American rabbi and allies of a GOP megadonor. Worse, Qatar sponsors terrorism, including in the United States and European Union, and “continues to fund Hamas, a designated terrorist organization.”

Bergman said the Palestinian terror group regularly praises as martyrs those who murder innocents and gives money, often provided by Qatar, to terrorists’ families. Hamas fires rockets into Israel and digs tunnels from Gaza into Israel, “all with financial backing from Qatar.”

Likewise, Qataris fund al-Qaeda in Syria and the Muslim Brotherhood, and paid a ransom of up to $1 billion to an al-Qaeda affiliate and Iranian security officials.

Bergman called for passage of The Palestinian International Terrorism Support Prevention Act, H.R. 2712, which is intended to prevent Hamas or the Palestinian Islamic Jihad from accessing international support networks. Under the bill, the administration would be required to impose two or more sanctions on those who assist the organizations, including denying Export-Import guarantees, credit, or insurance; defense sales or services; munitions export licenses; exports of goods or technology controlled for national security reasons; or credit of more than $10 million.

Moreover, the bill would require the administration to impose a one-year suspension of U.S. assistance, international loans, technical assistance, and munitions exports for foreign governments that provide support for acts of terrorism or material support to Hamas or the Palestinian Islamic Jihad.

Bergman also voiced support for “[enabling] U.S. victims of terrorism to sue in U.S. courts the Gulf nations or entities they support.” Iran already has billions of dollars frozen in U.S. banks as victims attempt to claim its assets for restitution.

He argued that the law should allow a terrorism exception to the jurisdictional immunity of a foreign state, whether for physical terrorism or cyberterrorism, empowering families to use civil litigation to shut down foreign governments’ dabbling in both. “So long as Qatar sponsors terrorism, it should not be protected.”

Likewise, Rep. Warren Davidson (R-Ohio) stated, “Qatar insists that it only sends humanitarian aid” to Israel’s region, yet Hamas—which he noted has killed more than 400 Israelis—rejected grants recently in part because of such limitations.

Qatar, he said, also serves as a source of funding for the Nusra Front, a radical Syrian group aligned with al-Qaeda. He echoed Bergman’s support for H.R. 2712.

Similarly, retired Air Force Gen. Charles F. Wald said, “My personal opinion is that Qatar has to decide: It can either work with Western-aligned countries in the GCC [Gulf Cooperation Council], or it can be aligned with Iran. It can’t do both.”

“If they want to become isolated or aligned with Iran, I think that would be a big mistake. I think the objective for the United States is to help the Qataris understand that.” Wald expressed concern over Qatar proving a haven for both the Taliban and the Muslim Brotherhood. “You just can’t accept it.”

Rep. Roger Marshall (R-Kansas), a second-term congressman from the home state of Secretary of State Mike Pompeo, agreed with other conference participants that Qatar’s “well-documented support for extremism has fueled bloodshed” throughout the region and around the world.

According to Marshall, that support “calls into question the long-term partnership” between the United States and Qatar.

“We have a significant investment in intelligence” in Qatar, and Pompeo and fellow senior administration figures “understand the complexity of this issue,” he said.

In June 2017, Saudi Arabia, the United Arab Emirates, Egypt, and Bahrain issued a list of individuals and organizations linked to Qatar and terrorism. The countries charged the list demonstrates Qatar “announces fighting terrorism on one hand and finances and supports and hosts different terrorist organizations on the other hand.”

According to Marshall, this support “will not be tolerated. … A realignment of military support may be long overdue.”