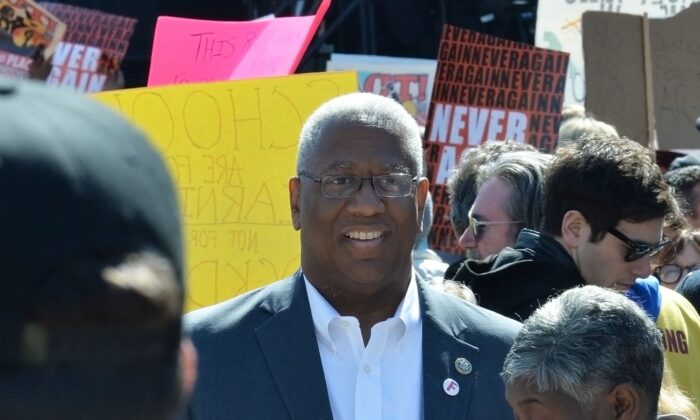 A member of Congress suggested that Virginia Gov. Ralph Northam could activate the state’s National Guard and use it to enforce recent gun control measures after a number of counties declared themselves Second Amendment sanctuaries.

As reported by WCYB, a local station, Virginia’s Wise County is the latest to make the Second Amendment sanctuary declaration on Thursday. More than 70 cities and counties have said they would oppose any state legislation they think would infringe on gun rights.

Rep. Donald McEachin (D-Va.) suggested cutting off state funds to counties that don’t comply with any gun control measures that pass in the state capitol.

“They certainly risk funding, because if the sheriff’s department is not going to enforce the law, they’re going to lose money. The counties’ attorneys offices are not going to have the money to prosecute because their prosecutions are going to go down,” he told the Washington Examiner.

But also in the interview, he went a step further and floated the idea that Northham, also a Democrat, could call in the National Guard to enforce such measures.

“And ultimately, I’m not the governor, but the governor may have to nationalize the National Guard to enforce the law,” he said. “That’s his call, because I don’t know how serious these counties are and how severe the violations of law will be. But that’s obviously an option he has.”

“The resolutions that are being passed are being ginned up by the gun lobby to try to scare people. What we’re talking about here are laws that will make our communities and our streets safer,” Herring told CBS 6.

On Wednesday, Northam said there could be consequences if the passed gun laws are not adhered to.

“If we have constitutional laws on the books, and law enforcement officers are not enforcing those laws on the books, then there are going to be some consequences, but I’ll cross that bridge if and when we get to it,” Northam said.

They included a photo of text from the U.S. Constitution’s Second Amendment, which reads, “A well regulated Militia, being necessary to the security of a free State, the right of the people to keep and bear Arms, shall not be infringed.”