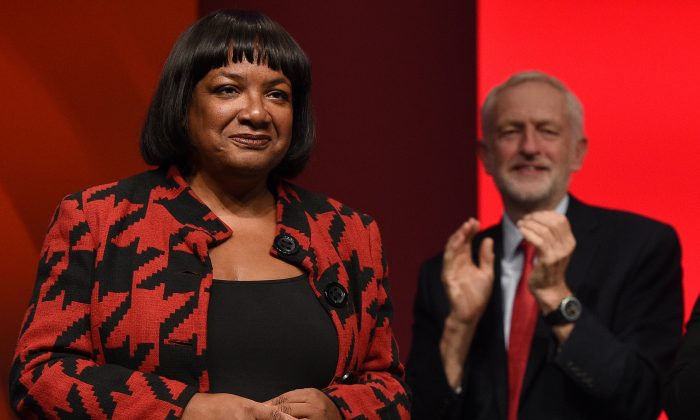 About eight months before the midterm elections this year, the Congressional Progressive Caucus (CPC) met with European socialists and communists at an “off-the-record, invite-only” strategy meeting in Baltimore.

The European socialists shared their tactics in moving European politics further to the left and encouraged the American activists at the meeting to move the Democratic Party toward socialism during the meeting, which was held March 8 to 9.

At the time, the CPC had 78 members and was part of the minority party in the House of Representatives. With a major influx of new hard-left members since the midterms, the CPC now stands at more than 90 members, or roughly 40 percent of the entire Democratic congressional delegation.

In fact, the CPC is poised to take several important committee chairmanships and to massively increase its influence, now that the Democratic Party has retaken control of the House.

Every year since 2010, the CPC has hosted a strategy summit to coordinate with “progressive movement” leaders.

According to the Congressional Progressive Caucus Center: “Each year, progressive Members of Congress and leading progressive organizers from around the country gather to strategize and organize, regarding the progressive agenda for the coming year. Over the years, over 1,000 progressive leaders have participated in the annual Strategy Summit.

“The event is seen as one of quintessential [sic] progressive policy events of the year, helping to guide and educate key progressives in America on the issues that matter most.”

The CPC’s strategy conference featured more than “350 progressive leaders and activists from across the country,” according to OurFuture.org.

This year, the CPC strategy conference, which normally confines itself to domestic politics, broke new ground by inviting a small foreign delegation. The invitees included some of the world’s most influential and dangerous socialists.

According to Albert Scharenberg, of the openly Marxist policy group Rosa Luxemburg Stiftung: “Composed and supported by the New York office of the Rosa Luxemburg Stiftung, the delegation consisted of representatives of European left parties: Sevim Dagdelen (deputy chair of Die Linke in the German Bundestag), Eduardo Maura (member of the Spanish parliament for Podemos), Yiannis Bournous (head of international relations for Syriza), and Diane Abbott (representative of the British Labor Party and member of Jeremy Corbyn’s shadow cabinet).”

Based in Manhattan, the Rosa Luxemburg Stiftung is one of 17 foreign offices of the Berlin-based Rosa Luxemburg Foundation (RLS). Established in 1990—and with a multimillion-dollar budget provided by the German taxpayer—the RLS is tasked with spreading Marxist ideas, and coordinating socialist and communist activities around the globe.

While now calling itself “democratic socialist,” Die Linke functions as part of the European Left bloc in the European Parliament, and has close relations with Cuba, Russia, and multiple communist and socialist parties around the world. Die Linke has even called to replace NATO with a “collective security system, including Russia.”

Bournous is a leading activist in the Coalition of the Radical Left (Syriza), Greece’s largest parliamentary leftist party. He is also a member of the central political committee of Synaspismos, one of Syriza’s affiliate groups. Synaspismos emerged initially as an electoral coalition in the late 1980s, with the pro-Soviet Communist Party of Greece. Bournous also is a member of the executive board of the European Left.

Syriza’s other constituent factions include the groups Renewing Communist Ecological Left, Internationalist Workers Left, and Movement for the United in Action Left (a splinter group of the Communist Party of Greece).

The Spanish party Podemos (We Can) is headed by journalist Pablo Iglesias Turrión, a former member of the Spanish Communist Youth. Podemos works closely with Die Linke, Syriza, and the Corbyn wing of the British Labour Party.

Diane Abbott of the British Labour Party is one of the most far-left members of the UK Parliament. She serves as home secretary in Corbyn’s “Shadow Cabinet.” Abbott and Corbyn were reportedly lovers in the 1970s, even taking a romantic tour of communist East Germany together on a motorcycle.

When Corbyn challenged for the British Labour Party leadership in 2015, betting odds on his election were 200–1.

However, recent changes in Labour’s voting rules tripled the number of eligible rank-and-file voters to 500,000. A coordinated wave of thousands of socialists flooded into the Labour Party to vote for Corbyn. They were able to overwhelm the Tony Blair–Gordon Brown “New Labor” parliamentary faction and secure a shock victory for their leader.

Abbott wrote on the LabourList website in March 2018: “The Labour Party has always had their share of socialists. But it is now led by socialists. This is not accidental.”

Abbott seems keen to help the “progressive” wing of the Democratic Party in the United States to carry out a similar coup.

According to Scharenberg of the RLS: “On the second conference day, Diane Abbott gave a speech typifying the political orientation of the CPC and the Democrats. She talked about how Jeremy Corbyn, herself, and a few others had experienced the dark years of Blair’s ‘Third Way’ in the House of Commons. She explained how they did not give up, but fought on, and then, when the opportunity presented itself, took over the neo-liberal party and threw the rudder of the Labour Party to the left. And she explained how this new course, which she emphasized is socialist, has become increasingly popular.

“When Abbott delivered the greetings of the ‘socialist Labor Party’ right at the beginning of her speech, the crowd became a little uneasy. However, when she spoke of ‘socialist’ politics for the third time at the end of her speech, she had already won over the audience—which applauded with a standing ovation. At that point, it looked like most of the audience really wanted the Democratic Party to finally stop lagging behind the Republicans, and to begin recognizing the signs of the times by moving decisively to the left.”

The CPC works closely with the Democratic Socialists of America (DSA), Communist Party USA, and the Freedom Road Socialist Organization. All three groups are directly affiliated to the RLS. The DSA also has close ties to Corbyn’s wing of the Labour Party through its Momentum faction.

The CPC is clearly interested in pushing the Democratic Party into full-on socialism. Will Americans sit idly by and let it happen?