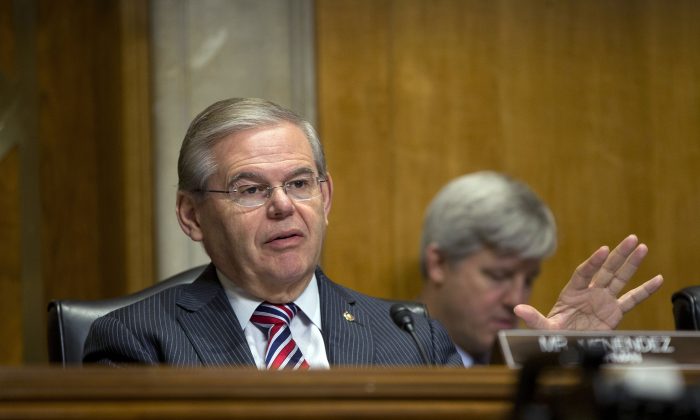 Congress will review the effectiveness of Superstorm Sandy recovery during a Wednesday morning hearing in Washington, D.C.

Housing and Urban Development (HUD) Secretary Shaun Donovan, as well as three representatives from New Jersey, will testify at the Senate Committee on Housing, Transportation, and Community Development.

Notably absent will be testimony from either New York City or New York state, both of which were extremely hard hit by Sandy. According to a representative for committee chair Sen. Robert Menendez’s office, both New York Sens. Charles Schumer and Kirsten Gillibrand were invited to have a New York contingency testify, but declined to invite anyone.

Schumer’s office did not return a request for comment. Gillibrand’s office could not be reached.

Schumer is a member of the committee, and will have the opportunity to question Donovan and raise key issues publicly on behalf of New York state.

Mayor Matt Doherty of Belmar, N.J., said on Tuesday that his testimony will be “an on the ground narrative on what’s happening in my town” with Sandy recovery.

A representative from New Jersey’s Fair Share Housing Center and a professor from Rutgers University will also testify.

According to a representative from Menendez’s office, the hearing will be an opportunity to discuss problems homeowners, residents, and business owners have experienced during the recovery process. Greater oversight of how federal funds are being used at the local level will also likely be discussed.

The goal, though, will be to focus on finding solutions, not laying blame, particularly in light of a second round of federal Sandy relief funding that’s set to be released in the coming months.

There will also be nobody at the hearing from the New Jersey governor’s office.

According to a New Jersey state official familiar with the situation, a representative from Gov. Chris Christie’s administration was invited to testify, but declined because not enough notice was given to prepare.

The N.J. commissioner for the Deparment of Community Affairs, who is responsible for Sandy recovery in the state, has gone on the record at a few times already this year, a representative said.

On Monday a state Assembly committee postponed a scheduled hearing on oversight of Sandy rebuilding and recovery programs. Assemblywoman Linda Stender said it should happen some time within the next two weeks.

Stender has been among those critical of the Christie administration’s handling of reports from integrity monitors required under a law adopted last year.

The reports, which are meant to be public, are supposed to track spending of federal money passed through the state government to help with recovery from the 2012 storm.