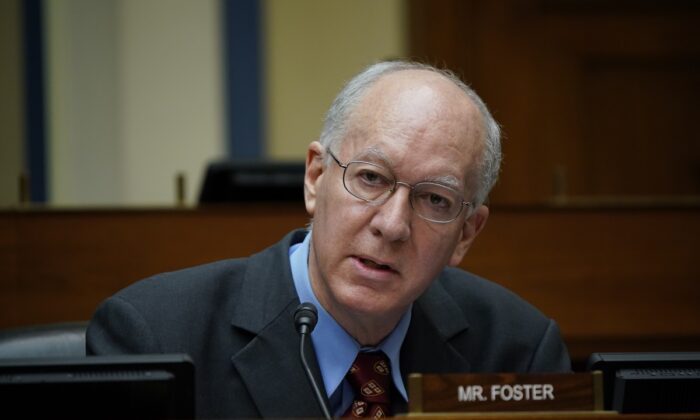 At a hearing on Oct. 5, members of the House Committee on Science, Space, and Technology questioned witnesses on the risks to U.S. science from foreign espionage, theft, and other actions, particularly by the Chinese Communist Party (CCP).

During the hearing, held jointly by the Subcommittee on Research and Technology and the Subcommittee on Oversight, lawmakers also highlighted the need to avoid actions that curtailed scientific advancement or that racially profiled Chinese scientists.

“International problems require international solutions, and there are real costs to closing off your research to the rest of the world,” said Rep. Bill Foster (D-Ill.), a doctorate-level physicist and chair of the Oversight Subcommittee, who cited China’s unwillingness to conduct an open investigation on the origins of COVID-19 and the CCP virus as an example of how a lack of openness impedes progress.

“As we will hear from our panelists, openness does come with risks,” Foster later added.

Rep. Jay Obernolte (R-Calif.), a California Institute of Technology graduate and video game developer who serves as ranking member on the Oversight Subcommittee said: “We certainly want to continue to be the kind of atmosphere that welcomes students from foreign universities here to the great American melting pot—and I think that the integrity of the research that’s done in the United States is vitally dependent on this rich tapestry that we’ve created, of researchers from all over the globe.

“But also, we need to be aware and to be vigilant about the fact that this transparency, the transparency of our research system, also opens us up to the possibility that the research could be manipulated or used in ways that are contrary to our national security.”

Rep. Michael Waltz (R-Fla.), ranking member of the Research and Technology Subcommittee, said: “Chinese communist leadership is targeting American scientists as a matter of state policy. That is clear. But of course, that does not mean that any type of racial profiling should ever be utilized to address this threat.”

Waltz cited his own recent work directing the NSF to develop online security modules for scientists working on international collaborations, which he claimed will help scientists meet disclosure requirements and avoid conflicts of interest or commitment.

“Frankly, in my view, it will help eliminate any excuses of, ‘I didn’t know’ or ‘I didn’t understand,’” Waltz said.

Zuber, of the security roundtable, said the United States must seek to end at least three types of activities in addition to direct espionage and theft:

“First of all, China should not be allowed to pay U.S. faculty, especially not surreptitiously, to transfer work that was funded by federal grants, or to recruit researchers for China, or to spend time in China that conflicts with commitments to U.S. institutions.”

“Second, research collaborations with China should be structured so that they are transparent and reciprocal, where each party has clear, legitimate benefits from their work.’

“Third, universities should not enter into collaborations that would harm U.S. national or economic security or threaten human rights.”

NSF IG Lerner said that her office needs additional resources to handle the volume of accusations she receives, telling Obernolte that doubling her office’s staff would still leave them “hard-pressed to keep up with the number of allegations that are coming in.”

Rep. Haley Stevens (D-Mich.), chair of the Research and Technology Subcommittee, noted that six of eight universities interviewed by the GAO didn’t understand or know how to identify Chinese national talent programs.

“It used to be that these foreign talent programs were considered prestigious in the same way that some U.S. fellowships are, and now we’re starting to find out that there are requirements associated with them,” Zuber said.

Xi, of Temple University, told lawmakers about his experience after being accused of sharing a pocket heater with colleagues in China—“Armed FBI agents [raided] our house and took me away in handcuffs.”

“Almost four months later, after leading experts in my research field provided affidavits saying that emails I had sent were not about the pocket heater at all, but my own widely published research, the government dropped the case—but my life had been wrecked,” Xi said.

“The problem is that law enforcement officials consider Chinese professors, scientists, and students non-traditional collectors, or spies, for China,” he said. “We are presumed guilty until proven innocent.”

Waltz responded, describing the armed raid on Xi and his family as “jaw-droppingly unacceptable.”

“Dr. Zuber, you discussed the importance of encouraging and enabling Chinese students to stay in the U.S. after graduating. Are you concerned that this unwelcoming perception of the U.S. might reduce our ability to retain these students, or fail to attract them to come in the first place?” Tonko asked.

“Yes I am, congressman,” said Zuber.

Witnesses didn’t all see eye-to-eye on the appropriate response to some actions.

“Our researchers are desperately afraid that if they fill out a form wrong, the FBI’s going to show up on their doorstep—and that’s not a winning strategy for us,” Zuber told Rep. Peter Meijer (R-Mich.).

“With all due respect, I want to counter the idea that failure to disclose is simply a paperwork error,” Lerner told Meijer.

Xi interjected: “I think it’s definitely important to have a clear rule about disclosure. However, overemphasis of disclosure sends the message, ‘Don’t collaborate with foreign scientists.’”