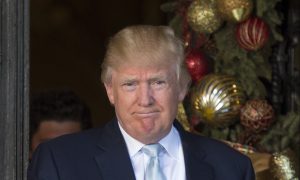 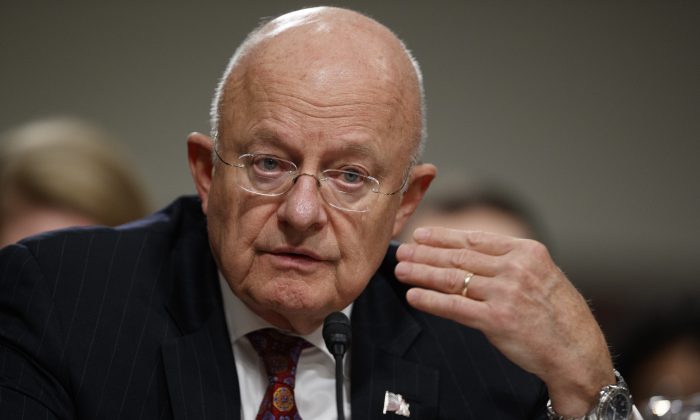 Director of National Intelligence James Clapper testifies on Capitol Hill in Washington on Jan. 5, 2017. Clapper will be quizzed again on Jan. 10, on a declassified report that fingered the Kremlin in hacking during the presidential campaign, just one day after the U.S. sanctioned five Russians. (AP Photo/Evan Vucci)
Politics

Congress to Quiz US Intelligence Official on Hacking Report

WASHINGTON—The nation’s top intelligence official faces questioning on Capitol Hill on Tuesday about a report that fingered the Kremlin in hacking during the presidential campaign.

The report lacked details about how the U.S. learned what it says it knows, such as any intercepted conversations or electronic messages from Russian leaders, including Putin. It also said nothing about specific hacker techniques or digital tools the U.S. may have traced back to Russia in its investigations.

Putin spokesman Dmitry Peskov told reporters on Monday that the Kremlin still believes the U.S. accusations of election hacking have no substance.

“They are amateurish and are hardly worthy of the high professional standards of top intelligence agencies,” Peskov said. “We categorically rule out the possibility that Russian officials or official bodies could have been involved. We are tired of such accusations. This is beginning to remind us of a full-fledged witch hunt.”

U.S. intelligence agencies say Russia provided the emails to WikiLeaks. The website’s founder, Julian Assange, however, denies that is the case.

On Monday, Assange called the report on hacking a politically motivated “press release” and said it provided no evidence that Russian actors gave WikiLeaks hacked material.

Democratic and Republican members of Congress have largely backed the accusation and many have demanded a sterner response.

President Barack Obama struck at Moscow in late December with penalties aimed at Russia’s leading spy agencies, the GRU and FSB, that U.S. intelligence officials said were involved in the hacking. The GRU is Russia’s military intelligence agency. The FSB is the main successor to the Soviet-era KGB.

On Monday, the U.S. levied economic sanctions against five Russians in connection to a 2012 U.S. law punishing Russian human rights violators. Americans are now banned from doing business with the men and any assets they may have in the United States are now frozen.

The most prominent individual targeted by the new sanctions is Alexander Bastrykin, who heads Russia’s main investigative agency and is close to Putin. The two attended the same university together.

The Investigative Committee under Bastrykin investigated Russian whistleblower Sergei Magnitsky’s death in prison in 2009, but closed the case after determining there was no evidence of a crime.

Two of the other Russians placed on the Treasury Department’s list have been accused of trying to help cover up Magnitsky’s death. Britain blames the two others for the London murder of a former Russian intelligence agent.

Forty-four Russians have now been subjected to U.S. sanctions under the so-called Magnitsky law, the State Department said.