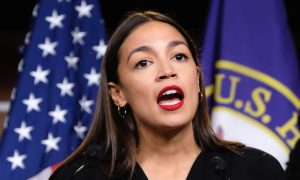 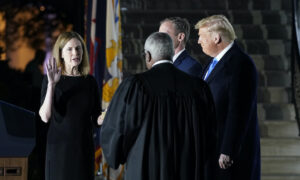 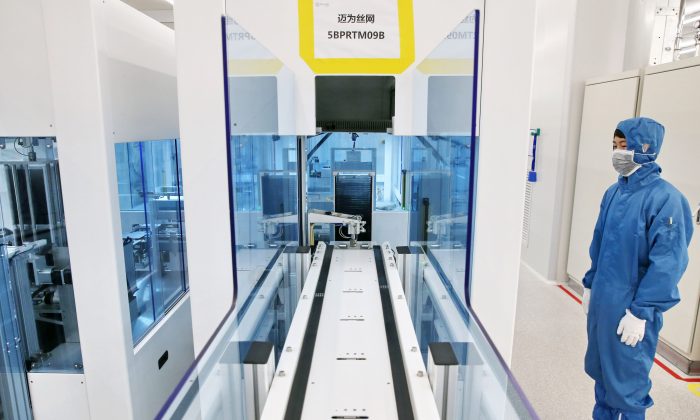 A Chinese employee looking at a solar cell production line at a factory in Nantong in Jiangsu Province in eastern China on March 28, 2018. (AFP/Getty Images)
Politics

WASHINGTON—Both houses of Congress are set to pass legislation that would strengthen the scrutiny given to foreign purchases of American businesses with technologies critical to national security, making it easier to block such sales. Key proponents of the bill have repeatedly named China as the primary target, as Beijing has continued its aggressive industrial policy and espionage aimed at stealing U.S. technology.

The Foreign Investment Risk Review Modernization Act of 2017, known as FIRRMA, was approved unanimously by the Senate Banking Committee on May 22. The House version of the bill, introduced by Rep. Robert Pittenger (R-N.C.), was also approved 53-0 in the House Financial Services Committee. Now that the bill has cleared both Senate and House committees, Congress is expected to pass the bill soon with broad bipartisan support.

Housed by the Treasury Department, CFIUS is a relatively small agency tasked with reviewing cases of foreign businesses purchasing U.S. firms. Created in the 1970s, CFIUS’s ability to protect the American technological edge has been increasingly challenged in recent years, as China makes ever more attempts to buy U.S. firms and technology.

On May 22, an investigative report by the Politico revealed that the existing CFIUS framework failed to review a Chinese business magnate’s purchase of an American semiconductor company in 2017. The case highlights the difficulty of reviewing acquisition deals that involve individual Chinese investors, some of which could have relations with or are even working for the Chinese regime.

Sen. John Cornyn (R-Texas), who sponsored the Senate bill, argued, as have other proponents of FIRRMA, that there is an urgent need for action as China vacuums up U.S. technologies whenever it can. China could conceivably use technologies stolen from the United States against it in a conflict, Cornyn said.

Since FIRRMA was introduced in both houses last November, congressional members have been debating and revising the details of the bill, as segments of U.S. industry have raised concerns that it could create excessive restrictions for their doing business with China.

As a compromise, the eventual bill passed by the congressional committees the week of May 21 has scrapped a provision that would subject joint ventures between U.S. and foreign businesses to CFIUS review. Instead, the amended bill would create an interagency process for identifying critical emerging technologies and intellectual property not yet subject to export control.

“It is absolutely essential for Congress to tighten CFIUS legislation to protect us from China’s mercantilist policies,” said China and East Asia analyst Gordon Chang. “China is stealing American innovations, which are the lifeblood of our economy.”

Chang also called for policymakers in Washington to make CFIUS “as strict as possible,” so as to ensure that every Chinese acquisition of American companies and technology is in the interest of the United States, not of Beijing.

U.S. observers have been increasingly alarmed by China’s aggressive industrial policy, as exemplified by its “Made in China 2025” strategy devised in 2015, which explicitly states that the industrial goal of the Chinese regime is to catch up with rivals like the United States, Japan, and Germany in advanced technologies.