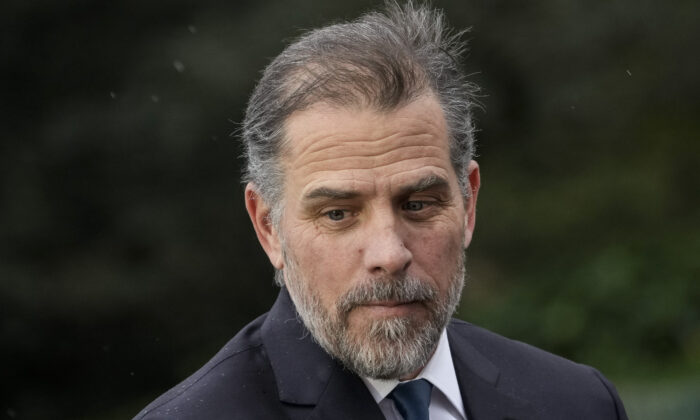 Congress Seeks Answers From US Prosecutors on Hunter Biden Probe

Federal prosecutors should answer key questions on the investigation of President Joe Biden’s son, including whether the Department of Justice (DOJ) has adequately supported the probe, two senators said on May 10.

Sen. Chuck Grassley (R-Iowa), the top Republican on the Senate Judiciary Committee, and Sen. Ron Johnson (R-Wis.), the ranking member of the Senate Subcommittee on Investigations, asked U.S. Attorney for Delaware David Weiss for answers because they’ve been met with silence by the DOJ.

The main thrust of their letter to Weiss is concerns over conflicts of interest, including the fact that Principal Deputy Assistant Attorney General Nicholas McQuaid was a partner with an attorney that has represented Hunter Biden.

“This association creates a clear conflict of interest yet the Department has failed to provide adequate responses to answer the threshold questions about whether Mr. McQuaid has or had any role in the Hunter Biden criminal case and whether he has been recused from it,” the senators said.

They also pointed to Hunter Biden bragging to Chinese business partners in 2019 that he has “worked with and knew every judge” in Delaware’s Chancery Court.

“In light of the extraordinary public interest in the Hunter Biden criminal case and Attorney General Garland’s repeated refusal to provide transparency to Congress and the American people with respect to the aforementioned conflicts of interest, please respond” with answers by May 23, they added.

The U.S. attorney’s office in Delaware declined to comment. The Department of Justice did not respond to an inquiry.

Grassley said during a speech on the Senate floor in February that Garland, a Biden appointee, has “publicly contradicted itself” on some matters related to the Hunter Biden probe and refused to answer questions on other aspects.

Weiss was appointed by President Donald Trump but remains in his position to complete the investigation into the younger Biden.

Hunter Biden has said he’s being investigated for tax issues.

According to a subpoena issued as part of the probe, investigators sought bank records for both Hunter Biden and the president’s brother, James Biden, from JP Morgan Chase.

The records were for transactions between Chase accounts and accounts with the Bank of China.