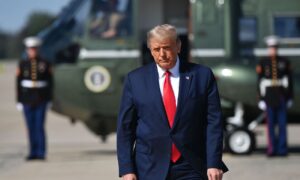 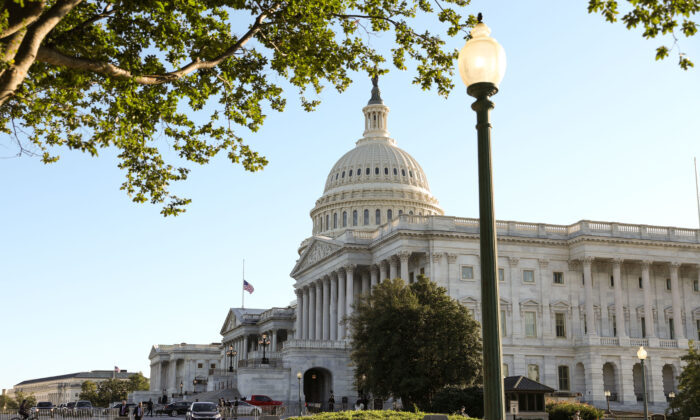 WASHINGTON—Congressional leaders are racing to reach a bipartisan, bicameral deal on a funding package to prevent a federal government shutdown on Dec. 11, when the current stopgap measure expires.

Republicans and Democrats have agreed to the top-line numbers, but subcommittees are still negotiating the details of all 12 appropriations bills, according to top House and Senate appropriators.

Both sides earlier expressed optimism about passing a $1.4 trillion omnibus spending bill before the continuing resolution (CR) passed in September runs out.

“There is strong momentum to complete work on the bills and enact them by the Dec. 11 deadline,” an aide to House Appropriations Committee Chairwoman Nita Lowey (D-N.Y.) told The Epoch Times.

Some lawmakers in both parties have been pushing to include economic stimulus measures such as another round of the Paycheck Protection Program in the spending bill. But the congressional leaders still remain far apart on the size and details of another stimulus package, and hence, it’s unlikely either side will want to have the omnibus held hostage by relief negotiations.

In order to pass an omnibus spending bill before the deadline, “the two sides are making a good faith effort, which is, frankly, not very common these days,” David Ditch, budget and transportation policy expert at the conservative Heritage Foundation, told The Epoch Times.

“I don’t think that time is an issue. It’s more a matter of whether they can, in fact, resolve their differences. I would be surprised if there was a shutdown.”

There are a couple of differences to be negotiated, which include addressing veterans’ health care funding.

The Department of Veterans Affairs has been struggling with rapidly growing health care costs in recent years. That’s partly due to the passage of the VA MISSION Act in 2018, which extended benefits for veterans.

Appropriators have reached a consensus on designating $12.5 billion in emergency funding to adequately fund VA health care. A two-year budget deal in 2019 imposed caps on discretionary spending. With the emergency designation, the veterans’ funding would be exempt from budget caps.

House Minority Leader Kevin McCarthy (R-Calif.) has pushed back against paying for the increase in veterans’ health care costs by allowing the emergency designation.

According to fiscal conservatives, there is more than enough wasteful and duplicative spending that lawmakers could find to cut to make room for the veterans’ spending.

However, from a political standpoint, it’s very unlikely that that would happen, Ditch said, adding that McCarthy may not be able to block an omnibus deal because of the dispute over veterans’ spending.

Another thorny issue in negotiations is funding for the construction of a wall along the U.S.–Mexico border.

The administration secured enough funds to build 738 miles of border wall, according to the Department of Homeland Security. And so far, the administration has completed construction of 415 miles of the wall, as of Nov. 30.

The Senate Appropriations Committee released all 12 of its appropriations bills on Nov. 10, which included nearly $2 billion funding for the wall. That’s going to be a sticking point again for Democrats, while Republicans will likely handle it the way they did last year, according to Ditch.

Trump wrote in a tweet on Dec. 1 that he would veto legislation to fund the military unless it contained a reform to Section 230 rules that shield technology companies from most liability lawsuits.

White House press secretary Kayleigh McEnany told reporters on Dec. 2 that the president is serious about his veto threat. She also said Trump is against the provision that renames military bases.

In July, Trump said he would veto the defense bill due to language that would require the Pentagon to rename bases currently named after Confederate leaders. This summer, both the House and Senate approved defense-policy bills that incorporated mandates for changing base names.

“He’s very much against the Warren Amendment. And public polling is with him on that. How that intersects with the [Section] 230 tweets, I will have to follow up with him,” McEnany said.

It’s still unclear whether the president would back down from his position to keep the federal government running. Treasury Secretary Steven Mnuchin said on Dec. 1 that the president preferred to have an omnibus spending bill.

“We want to make sure it is on track, so the President wants to make sure there is not a shutdown, and our first choice is not to do a CR, to get appropriations passed,” Mnuchin told reporters.

Meanwhile, a group of lawmakers from both chambers unveiled on Dec. 1 a $908 billion stimulus plan, seeking to break the months-long partisan stalemate over another round of COVID relief.

There are about two dozen provisions of the Coronavirus Aid, Relief, and Economic Security (CARES) Act and other COVID-related bills that will expire at the end of the year, according to a report by the Committee for a Responsible Federal Budget.

“Notable deadlines include the end of several unemployment provisions for the self-employed and those who have been unemployed longer than six months, paid sick leave, and several tax breaks and deferrals,” the report says.

Update: This article was updated on Dec. 2 to include tweets by President Donald Trump and comments by White House press secretary Kayleigh McEnany.