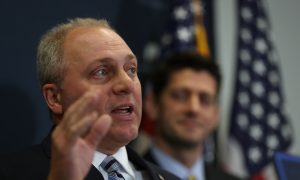 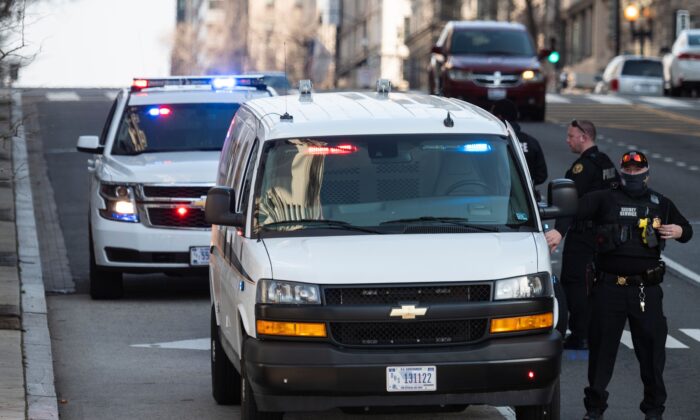 Members of the U.S. Secret Service take up a position on a street corner near the White House in Washington on March 4, 2021. (Andrew Caballero-Reynolds/AFP via Getty Images)
Congress

Congress Members Can Use Campaign Funds for Bodyguards, FEC Rules

Congress members will now be permitted to use campaign cash to hire bodyguards, the Federal Election Commission (FEC) ruled Thursday, after hours of debate.

Under the FEC ruling, House and Senate members may use campaign funds to hire private security personnel without violating the prohibition on personal use, for occasions when they aren’t under the protection of Capitol law enforcement on the Hill.

It comes amid heightened concern about the safety of lawmakers amid the tense political climate across the country and the Jan. 6 breach of the U.S. Capitol building. The Department of Justice said late January that more than 150 people have been charged over the incident.

“I’ve never thought of us as a country where the leadership of the country had to be surrounded by armed guards and needed to keep the public at arm’s length at all times,” Commissioner Ellen Weintraub said Thursday, Politico reported.

The FEC ruling comes after attorneys representing the National Republican Congressional Committee and the National Republican Senatorial Committee submitted a letter (pdf) to the six-member commission on Jan. 26 asking for guidance on whether lawmakers can use campaign funds to pay for personal security personnel “to protect the Member and the Member’s immediate family from threatened harm.”

The commission previously ruled that lawmakers could use campaign cash to upgrade their home-security systems.

Prior to Thursday’s ruling, the regulator allowed the use of campaign funds for personal security if there was evidence that lawmakers could face specific, immediate threats while carrying out their official duties.

In July 2019, Rep. Alexandria Ocasio-Cortez (D-NY) spent $1,300 in campaign funds to hire protection at a town hall, after receiving an online threat that month.

Last year, a total of 4,894 threats were made against lawmakers tracked by Capitol law enforcement, up from 902 threats in 2016. The number of threats is expected to rise further this year, Politico reported.

“Threats have an impact,” said Rep. Kevin Hertel (D-Mich.). “You can hear the fear in people’s voices when they talk about these issues.”

In a statement on March 8, the U.S. Capitol Police said that there needs to be an increase in its manpower and overall response capabilities to provide adequate protection for Congressional members.