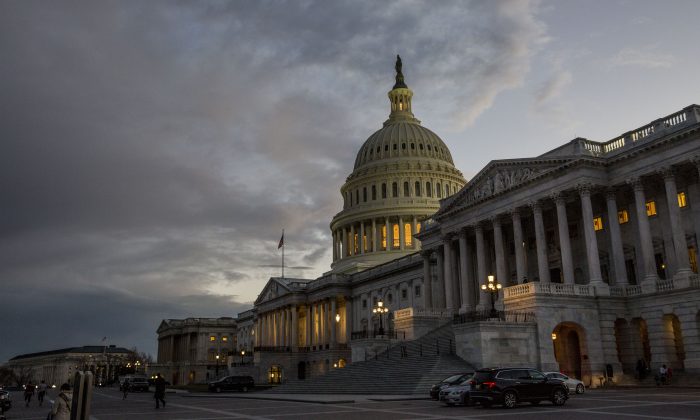 Here’s proof Washington politicians don’t care about our problems, and assume we’re dumb enough to swallow whatever they serve up.

After a seaside vacation at the ritzy Alpemare Beach Club in Tuscany, Italy, House Speaker Nancy Pelosi has returned to the nation’s capital to roll out more episodes of the House’s Jan. 6 Committee televised miniseries on July 12 and next week.

Pelosi’s head must still be stuck in the Tuscan sand.

How else could she think Americans want to watch a scripted, partisan docudrama produced at their expense about something that happened 18 months ago? The public wants Congress to solve their most painful problem: soaring food, gas, and electric prices.

Pelosi doesn’t feel that pain. She was dining on entrees at Alpemare that cost up to $150 a plate, while Americans back home were picking through the meat counters at their supermarket, looking for affordable options. The cost of a summer barbecue is up 17 percent over last year for burgers, hot dogs, and other humble fare. Forget steak.

Forget driving to the seashore or a lake for a swim. Not with today’s gas prices.

And forget turning on your air conditioner to get a good night’s sleep. Electric bills are skyrocketing. In the New York metro area, Con Edison is asking for double-digit rate hikes. New Hampshire residents are already paying $70 a month more than last year. The Federal Energy Regulatory Commission warns rates in some areas of the country could soar by 233 percent during this summer’s heat waves.

That’s why only a minuscule 14 percent of the public says the country is moving in the right direction, according to an Associated Press poll last week. Even people with good jobs can’t afford simple pleasures.

Where are our political leaders? On July 10, they were on news shows hyping Jan. 6 “hearings” airing this week and next week.

They want you to believe that they’re uncovering the truth about Jan. 6, 2021, in order to safeguard democracy. But, again, they’re playing us for stupid.

The first seven episodes in their miniseries, including July 12, were scripted to tell a predetermined story. The “witnesses” were interviewed behind closed doors and videotaped. Then the committee took only snippets of testimony that supported its propaganda and allowed you to hear it.

On July 11, a committee aide was anonymously quoted in The Washington Post, saying, “We will show how some of these right-wing extremist groups who came to D.C. and led the attack on the Capitol had ties to [then-President Donald] Trump associates.” But the hearing didn’t show that because the witnesses weren’t cross-examined.

Oath Keepers founder Stewart Rhodes, who is sitting in jail, volunteered to testify live so his statements couldn’t be selectively edited. But the committee so far is unwilling because it won’t risk a witness who might contradict its predetermined findings. Instead, on July 12, the committee hosted former Oath Keeper Jason Van Tatenhove, who hasn’t been part of the group since 2018. He’s not a witness as much as a prop.

Similarly, no one cross-examined Cassidy Hutchinson to test her sensational claim that Trump grabbed the steering wheel of the Secret Service limousine to turn toward the Capitol. Why not?

Because the committee is one-sided. The nine members, all hand-picked by Pelosi, include Rep. Adam Schiff (D-Calif.), the face of the first Trump impeachment, and Rep. Jamie Raskin (D-Md.), manager of the second impeachment proceeding against Trump, as well as Reps. Liz Cheney (R-Wyo.) and Adam Kinzinger (R-Ill.), two Republicans who voted twice to impeach Trump.

That’s as balanced as one of Joseph Stalin’s trials, or justice under Kim Jong Un.

Why would anyone watch this unapologetically rigged process about a topic that pales in comparison to watching your quality of life and future plans destroyed by soaring prices?

Americans younger than 50 haven’t lived through inflation and the fear it instills. But President Joe Biden and Senate Majority Leader Chuck Schumer, both in their 70s, and Pelosi, now in her 80s, were already in power when inflation struck during the Carter years.

They know the truth—the pain of inflation. Shame on them for trying to distract from it with made-for-television propaganda.