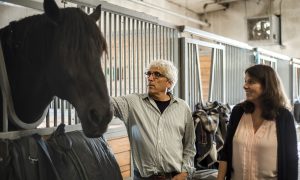 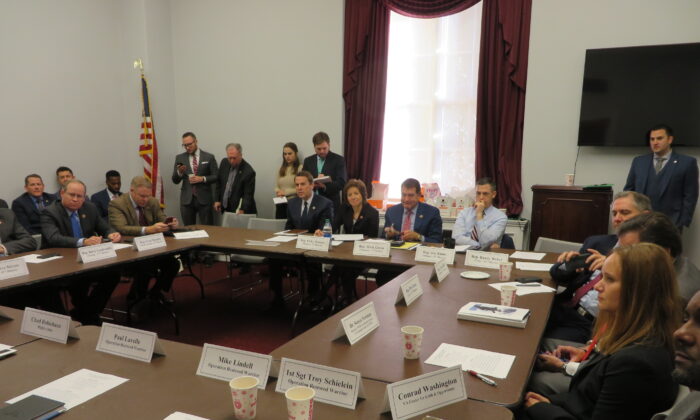 Members of the House of Representatives held a roundtable forum on Dec. 11 to discuss the role of faith-based spiritual programs in addressing the suicide epidemic among veterans who suffer from post-traumatic stress disorder (PTSD).

The number of veterans who commit suicide has increased to an average of 17 per day, according to the 2019 National Suicide Prevention Annual Report, and the bipartisan group of legislators is looking to do something to try to reverse the trend.

The report was prepared by the Office of Mental Health and Suicide Prevention at the U.S. Department of Veterans Affairs (VA). Veteran suicides exceeded 6,000 each year from 2008 to 2017, indicating that more than 60,000 veterans who had served their country committed suicide in those 10 years.

“We have been throwing millions of dollars into the military suicide issue, and many other military behavior health issues. The statistics keep getting worse and worse. We are not doing something right. We need to integrate faith-based solutions,” said retired U.S. Army Maj. Gen. Bob Dees after the forum. Dees is also a former vice director for operational plans and interoperability for the Department of Defense.

He said faith-based solutions are incredibly important to veterans and the military. “I have found as a senior military commander over the many years that is what really works. We have got to heal not just heart and soul, but the very spirit of each one of our men and women wearing our nation’s uniform.”

The bipartisan forum was hosted by Rep. Vicky Hartzler (R-Mo.), and joined by several other lawmakers. Staff from the Mental Health Caucus, Veteran Affairs Committee, and Armed Services Committee participated in the discussion.

Hartzler told The Epoch Times that there are families in her district that have been impacted by veterans who had committed suicide because of PTSD, and she thinks currently available programs provided to veterans aren’t sufficient.

Hartzler started her own journey looking for “programs that are actually working and helping bring lasting healing and hope to our soldiers, sailors, and marines without just automatically prescribing them opioids,” she said.

She was amazed to find alternative programs that already exist, she said, that could effectively help veterans who suffer from PTSD. She decided to bring some of her colleagues to hear how these programs work, so they can also utilize these programs to deal with similar issues in their own districts.

“A spiritual wound of a war needs a spiritual solution,” said Chad Robichaux, founder of Mighty Oaks Foundation. He said after the forum that he “walked away very encouraged seeing that we have congressional leaders who share our passion for our warriors, and also share our ideas.”

He developed PTSD during his service in the Marine Corps, and eventually lost his position there. After he retired from the military, Robichaux tried to deal with his PTSD by focusing on martial arts, hoping the new challenge would get rid of his emotional problems. He became the national champion of pro MMX (mixed martial arts) in 2010. However, his PTSD symptoms continued.

He separated from his wife and found himself on the verge of losing his marriage. He started thinking of suicide and tried to convince himself that his family would be better off without him.

Robichaux eventually reconnected with his church through the help of his wife and recovered through his spiritual practice. He learned from his own experiences and founded the Mighty Oaks Foundation using the same approach to help other veterans.

Since 2011, the success of Mighty Oaks programs has helped more than 2,600 veterans recover from PTSD.

“As commander in chief, I extend my personal gratitude to you for your distinguished and steadfast service to our country,” President Donald Trump wrote in a personal letter to Robichaux.

Mike Lindell, the inventor and CEO of MyPillow, also attended the forum. Lindell was also the founder of Lindell Foundation, a faith-based organization that helps addicts.

Lindell had been addicted to crack cocaine and alcohol earlier in life. He said addictions cause wounds similar combat traumas. He was invited to watch how the Operation Restored Warrior program helped veterans. He gave his conclusion to the forum: “There is nothing better on this planet than [the faith-based PTSD assistance program] to help veterans suffering PTSD.”

“We need more awareness of these programs within the DOD as well as VA,” Hartzler told The Epoch Times, adding that veterans suffering from PTSD should have faith-based treatment programs available as options.

A report from the Military Psychology Journal was presented to the forum. The report was based on the studies conducted by Dr. Jenny Owens of Reboot Recovery (RR). The studies were based on the findings from the performances of 254 adults treated by one of RR’s programs called Reboot Combat Recovery.