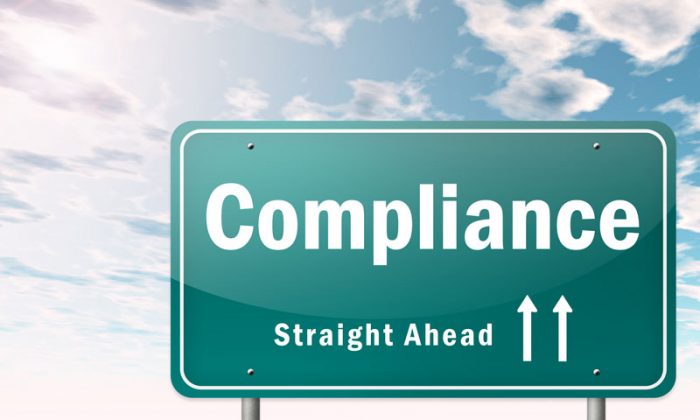 Associated Scholar James T. Bennett’s new book “Unfunded Mandates: How Congress Forces States and Localities to Do Its Bidding and Pay for the Privilege” explores the many ways that the United States government has expanded federal law into many matters once considered strictly local. Dr. Bennett recently spoke with the Mises Institute about his research.

Mises Institute: What are federal mandates?

James Bennett: A federal mandate requires either state or local governments to take some action that federal politicians deem desirable. Unfunded mandates occur when the federal government fails to provide inadequate or no funding to carry out the federal dictates, so state and local politicians must do Congress’s bidding and pay for the privilege.

MI: Is this a new thing that the Feds do or has it been going on since the beginning?

JB: The use of federal mandates to guide state policy was for all intents and purposes a twentieth-century innovation that grew concomitantly with the central state. As Washington expanded to a previously unimaginable size and sphere with the “Great Society,” so did its power to order about lesser jurisdictions. Earlier, a presumption against coercive federal mandates imposed on states and localities was broadly accepted by politicians of all stripes.

MI: How have interest groups been involved in the creation of mandates?

JB: Interest groups are always stirring the political agenda to promote their ideas and impose them on everyone else. For example, raising the drinking age to twenty-one was advocated by the Insurance Institute for Highway Safety, Mothers Against Drunk Driving, the National Safety Council, the American Medical Association, and the PTA. After all, who could possibly advocate for driving while intoxicated?

MI: You mention REAL ID as an example of a failed attempt at a mandate.

JB: REAL ID is the post-9/11 attempt by the federal government to effectively nationalize the historic state responsibility of issuing drivers’ licenses. The feds offered modest and inadequate grants to the states to cover the cost of meeting the new national requirements for the issuing of driver’s licenses. But REAL ID is also a case of successful state-level resistance to an unfunded federal mandate. Though it has not been repealed, vigorous anti-REAL ID action by defenders of privacy as well as opponents of unfunded mandates has left the act in a kind of operational limbo for now. The law remains on the books, but has been basically ignored, despite threats and sanctions which have never been imposed.

MI: What have the courts said about these mandates?

JB: Some mandates rest on a “conditional aid” foundation. That is, states must obey Congress’s orders or forfeit federal largesse (e.g., a percentage of its federal highway money). Conditional aid has generally passed muster in the federal courts. After all, as federal judges have observed, the states could always refuse to accept the federal aid, in which case they are not bound by the conditions attached to it. (But just try finding a state whose politicians will actually refuse federal dollars.) More recently, however, the federal courts have shown glimmers of sympathy for decentralist arguments based on the US Constitution’s Tenth Amendment.

MI: How are mandates implemented? Are they an end-run around federalism?

JB: Legislation, often advocated by interest groups, is enacted by Congress. These laws require state governments to obey Congress’s directives or else; for example, lower speed limits to 55 miles per hour or lose highway funding. Thus, a federal one-size-fits-all “solution” is imposed throughout the nation to some perceived “problem.” Although a 55 mph speed limit might work reasonably well in Rhode Island, in large, low population-density states (Montana and Wyoming, for example), such a limit is ridiculous. The Constitution’s Tenth Amendment reserves to the individual states all powers not explicitly given to the federal government. So, unfunded mandates violate the Tenth Amendment.

The spending clause within Article 1, Section 8 has provided much of the necessary cover for the vast expansion of the federal realm, including its use of mandates. It reads: “The Congress shall have power to lay and collect taxes, duties, imposts and excises, to pay the debts and provide for the common defense and general welfare of the United States, but all duties, imposts and excises shall be uniform throughout the United States.” Note well: the “spending clause” nowhere uses the word spending. That power is said to be implicit. Yet the cautious interpretations thereof in the early republic barred the federal government from undertaking such activities as the subsidization of canals and bridges and roads. Since the 1960s, a broad (indeed, virtually infinitely elastic) interpretation of what can be done by the federal government to promote the “general welfare” has diminished states’ rights and transferred power to the federal government.

MI: Have there been cases where resistance to mandates resulted in repeal?

JB: The federal government, via the National Highway Safety Act of 1966, conditioned federal highway funding on a state’s adoption of a mandatory helmet law for motorcyclists. Those states not measuring up would forfeit 100 percent of their federal highway safety funds and 10 percent of their federal highway construction funds. Motorcyclists, speaking through the American Motorcycle Association (the other AMA) and the more forceful A Brotherhood Against Totalitarian Enactments (ABATE), protested the imposition of the national mandate. They drove en masse into the nation’s capital in June and September 1975 to lobby for the repeal of the national helmet-law mandate. The motorcyclists, by taking direct action, and taking the fight right to the mandaters, demonstrated the potential of anti-mandate protest. Congress repealed the motorcycle-helmet law mandate with the Highway Safety Act of 1976. Then came the repeals, state by state. Some state courts struck down helmet laws. Currently, nineteen states and the District of Columbia require helmets on all motorcycle riders while twenty-eight states require at least some riders — usually those seventeen years and under — to wear helmets, and three states (Illinois, Iowa, and New Hampshire) do not require helmet use.