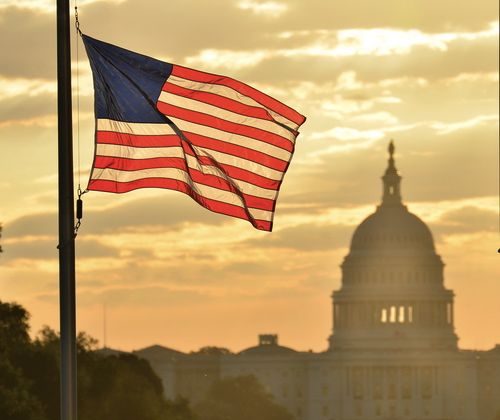 Statehood impossible without constitutional amendment
By Heide B. Malhotra

The District of Columbia (the District) is a federal district not a state and therefore does not have many of the rights afforded to states.

“The District of Columbia shares the same responsibilities as states and is treated as a state in more than 200 pieces of federal legislation. Yet, the District shares few of the same rights as states,” according to the DC Vote website.

DC Vote is one of many organization dedicated to full voting representation in congress for the District.

Efforts to grant statehood to the District began in the 1970s. What rankles supporters most is that the District does not have representation in Congress.

District’s residents and businesses pay federal income taxes, the same as everyone else the United States.

In an August speech, Vincent C. Gray, Mayor of the District said, “We pay more than $3.5 billion dollars in federal taxes, but don’t even get the final say in how we spend our own locally raised money.”

Opponents argue that the District does not have many of the attributes of a true State. For example there are no agricultural areas or manufacturing facilities.

Established by the Constitution of the US

In 1788, James Madison wrote in the Federalist No. 43 that the seat of the federal government must be independent from any state interference and pressure.

Madison recalled an incident in 1783 when a group of unpaid Continental soldiers threatened Congress in Philadelphia’s Independence Hall, the birthplace of the Declaration of Independence and the U.S. Constitution.

Because of his confrontation Madison deemed it necessary for the federal government to reside in an area free of state interference.

It was written in the U.S. Constitution through Article I, Section 8, Clause 17 states “To exercise exclusive Legislation in all Cases whatsoever, over such District … as may, by Cession of particular States, and the Acceptance of Congress, become the Seat of the Government of the United States.”

“A review of the District’s history, the terms of the Constitution, and the practicalities of making D.C. a state, reveals that statehood legislation is ill-conceived at best,” stated a 1993 Heritage Foundation article.

An amendment to the Constitution is required to grant statehood to the District, while a majority vote by Congress is insufficient for overriding the U.S. Constitution.

Many proposals have been put forward since the creation of the District, with the first one in print by Sam Smith, published in the DC Gazette in June 1970.

“It can be done. In fact, it can be done more directly and more simply than all the tortured meanderings proposed by those who claim to have a pragmatic vision of the District’s future,” said Smith in the article, now published on the Progressive Review website.

According to the Heritage Foundation, a constitutional amendment passed Congress in 1977, but missed the seven-year deadline for ratification.

Most importantly, “The Framers of the Constitution believed that the federal government needed to have control … over the place where it was to conduct its business,” said the Heritage Foundation.

Despite the difficulty of passing such an amendment District residents continue to call for statehood. An Oct. 17 article on the Neighbors United for DC Statehood website hopes to bring together a “critical mass” of people.

The author admits that there is no magical number that defines a critical mass, but calls for every civic association and religious group to lobby Congress once a year, and proposes that District residents should march on the Capitol building in support of statehood.

However, no matter how many groups are marching towards the Capitol and how many proposals are put forward, the call for statehood will go no where unless a Constitutional amendment is proposed.

Statehood opponents state that by putting pressure on Congress, the District’s residents show clearly that the founding fathers fear of interference and loss of control over the place they conduct business is real.