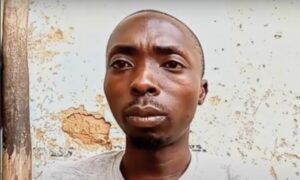 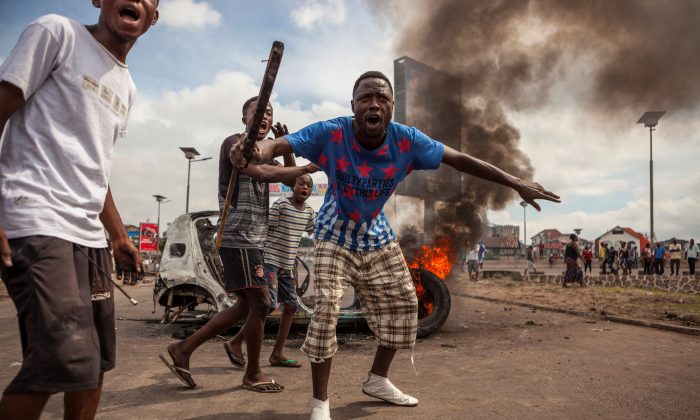 Demonstrators gather in front of a burning car during an opposition rally in Kinshasa on Sept. 19, 2016. Police fired tear gas at scores of opposition supporters rallying in Kinshasa to demand that DR Congo's long-serving President Joseph Kabila step down this yea (AFP / EDUARDO SOTERAS/Getty Images)
Africa

The Democratic Republic of the Congo remains in a state of crisis as President Joseph Kabila delays the country’s scheduled November elections until December 2018, citing voter registration issues.

“We have decided to delay the elections to avoid locking out a huge number of people—most of them young voters,” Kabila told journalists in Dar Es Salaam, Tanzania.

Congo’s election commission has said it needs until December 2018 to register all voters and ready the country for an election. The registration rolls haven’t been updated since 2011, leaving many deceased still on the rolls and an estimated 7 million new voters off.

Kabila’s 15 years in office are due to end on Dec. 19, and many feel this latest move is an attempt to cling to power like many of his counterparts on the African continent.

Kabila has refuted such claims.

“There is no political crisis in Congo. … What is happening at the moment is just some political tension ahead of elections, which is a normal thing in many parts of Africa,” he said.

The Congolese Constitution does not permit an extension of presidential term limits.

Congo has seen an uptick in violence and anti-government demonstrations in recent weeks, though protests have been ongoing since last year. The situation deteriorated in January 2015 when Kabila’s government proposed changes to the election laws, which the opposition believed was Kabila’s way to cement power. Human Rights Watch confirmed that 36 people were killed in the January 2015 demonstrations.

On Sept. 19, Government security forces killed 50 protesters, in the capital, Kinshasa, according to the opposition. Counts, however, vary.

“The opposition to Kabila is fragmented and very weak,” said Stratfor analyst Matthew Bey. “But at the grassroots level, the Catholic Church is very strong.”

The Catholic Church, which wields significant influence, was participating in the “national dialogue” initiated by Kabila to discuss the country’s political future. Main opposition parties refused to participate, believing it was an empty gesture by Kabila. The church has now also withdrawn from the dialogue.

For Kabila, the key to holding power is ensuring the military and security forces remain loyal, and that appears to be a difficult task.

If the protests continue to be violent, high ranking members of the military or regime could defect and demand Kabila step down, according to Bey.

President Kabila came to power in 2001 at the age of 30, following the assassination of his father, Laurent-Désiré.

Kabila negotiated with rebel groups and helped bring an end to the Second Congo War in 2003, although low levels of violence continued in the east.

He was re-elected in 2006 and 2011, although there were widespread allegations that the election was illegitimate.

In light of the growing opposition to his presidency and mounting public protests, the Kabila regime purchased crowd control equipment such as surveillance cameras, drones, anti-riot gear, water cannons, and tear gas. Critics claim this is an indication of Kabila’s desire to hold on to power at all costs.

“Kabila is basically seen as centralizing control and subverting democracy in the country,” Bey said.

Congo has never had a peaceful transition of power in its history.

The conflict in the eastern part of the Congo has seen the deadliest fighting since WWII. Two decades of armed conflict have left 5.4 million dead and nearly 3 million people internally displaced. More than one million women and girls have been victims of rape, which is widely used by rebel groups as a tactic of war.

The conflict’s origins began in the aftermath of the Rwandan genocide in 1994. Many Hutus responsible for the genocide fled to eastern Congo and threatened incursions back into Rwanda. That prompted the Tutsi-led Rwandan government to invade Congo in 1996.

Rwandan forces, along with Congolese allies and regional forces, overthrew the dictatorship of Mobutu Sese Seko, who ruled Congo since 1965.

The alliance between Laurent Kabila and Rwanda broke down in 1998 when Kabila ordered all foreign forces to leave the country. The country grew more fractured with local militias and regional rebellions emerging, prompting regional neighbors to once again invade to support their proxies.

A peace agreement was signed in 2003 but fighting between the government and numerous armed rebel groups in the east continued.

One of the rebel groups, the Allied Democratic Forces, which is an Islamic militia seeking to overthrow the Ugandan government, attacked a town in Beni in the North Kivu province of Congo on Oct. 10.

Despite the abject poverty that many Congolese live under, the country is rich in natural resources.

The Congo has 80 million hectares of arable land and over 1,100 minerals and precious metals identified, which could potentially lift Congo to become one of the richest countries in Africa, according to the World Bank.

The country is a major supplier of copper, diamonds, tin, cobalt and coltan. Coltan is used in cell phones and surgical implants, laptops, pagers and other electronic devices.

Unfortunately for the Congolese people, the country’s natural resource wealth has not translated into a higher standard of living. The country remains one of the poorest in the world and ranked 176 out of 187 countries on the Human Development Index in 2015, according to the World Bank.

The country’s lack of modern infrastructure leaves many in the eastern part of the country to support themselves both economically and militarily, turning to local militias.