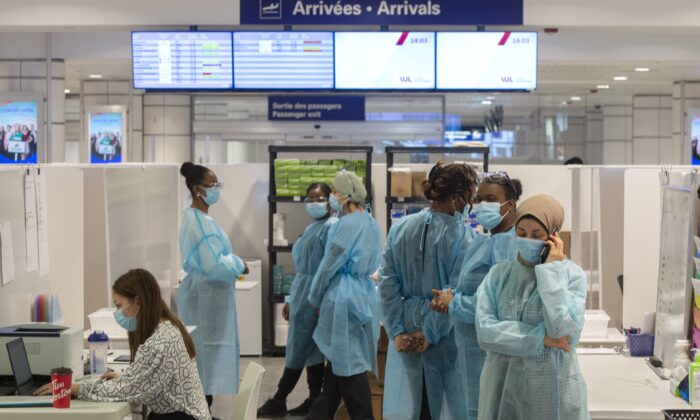 Confusion has been growing at Canadian airports since the federal government moved to change COVID-19 testing rules for travellers.

Ottawa announced earlier this week that all air travellers entering Canada, except those from the United States, need to be tested for COVID-19 upon arrival and isolate until they get their results.

The rule even applies to those who are fully vaccinated against the virus, as health officials from around the world warn about the new Omicron variant.

However, there are few details on when the testing is to be up and running.

Giovanni Taboylilson says he was tired and puzzled after arriving today at Edmonton International Airport from Jamaica, as he was told by airport officials that new rules were kicking in at midnight

He says he was randomly selected for a test during a layover in Toronto, was told his results would be available in three days and was allowed to continue to Edmonton.

An airport spokesman says staff are in discussions with Transport Canada, which is working to implement the testing of all travellers as soon as possible.

“We don’t have a set date for when testing will start but we anticipate it will begin in the next several days,” Steve Maybee said in an email.