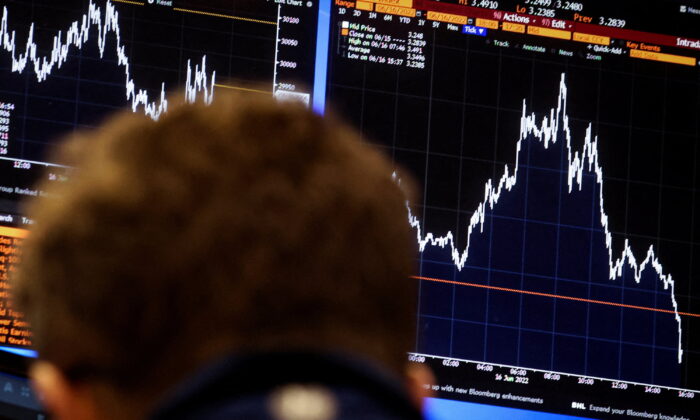 Conflicting News Reports and the Miracle of Markets

The following news reports have all been published in the current month:

“Fertilizer stocks are coming back to earth, dragged down by falling crop prices.”

“Higher food and energy prices are expected to dominate a divisive G20 meeting later this week.”

Wheat, corn, and soybeans were trading below pre-Ukraine War levels as of July 1.

So, did reading those reports make the national and global economic outlook perfectly clear to you? With so many contradictory stories, it wouldn’t be surprising if you just sustained a case of whiplash.

Going forward, are food, energy, and metals prices going up or down? Is there going to be a global food crisis later this year, or not?

Welcome to the world of economic forecasting. In economics, we study cause-effect relationships that yield such projections as, if A happens, then B will follow, ceteris paribus. It’s that Latin phrase, ceteris paribus (loosely translated: all the other factors remaining unchanged), that’s the perennial qualifier for economic predictions. The fact is, in our dynamic world, multiple factors change on a daily or even hourly basis, so economic forecasting becomes exponentially more difficult, if not virtually impossible.

Economic news reports can appear to contradict each other even when both are true. As any investor/speculator can tell you, prices (whether of stocks, food, oil, natural gas, etc., etc.) don’t move in a straight line. Charts of prices show perplexing zigs and zags. Even when a powerful new price trend appears, it can quickly reverse, maybe for a brief interlude, maybe on a longer-term basis, if a majority of market participants think a price has risen too far too fast.

Prices fluctuate as additional information affecting potential supply and/or demand comes to light. In even the most peaceful of years, farmers have to deal with the uncertainties of weather. But this year, the Russian invasion of Ukraine has greatly complicated economic calculations. The destruction in Ukraine threatens to cause multiple shortages, but we don’t know yet if our worst fears will come to pass. The war may take an unexpected turn. Will huge stockpiles of Ukrainian grains be destroyed, or will they be put in storage and pad next year’s supply? How much oil will actually get to market? Will Saudi Arabia increase production? Will Team Biden wake up from their green stupor in time to realize that American oil is a blessing rather than a curse? How long will it take for the injection of trillions of dollars of COVID-related stimulus to quit pushing prices skyward? Who knows?

But here’s the good news: At the very moment we read grim headlines trumpeting economic peril or gloom, millions of rational actors are in the process of devising ways to adapt to convulsive changes in supply and demand. They’re tapping into the most valuable economic resource—perhaps the only resource that’s more valuable than food and energy: human intelligence and ingenuity.

Wherever humans aren’t placed in economic straightjackets by oppressive government controls, their entrepreneurial instincts and talents are responding to the swirl of conflicting news reports and trying mightily to make adjustments to keep their economic noses above water, and possibly even to increase their profits.

Markets are the ultimate democracy. Every single person’s economic actions impact the overall economy. In free markets based on private property, decisions to buy or not buy and to sell or not sell—in other words, the ongoing interplay between supply and demand—yield economically rational prices that allocate factors of production and guide and shape economic production.

Socialism, in contrast to free markets, is guaranteed to obtain inferior economic results. That’s because socialism is inherently, even viciously, undemocratic. Rather than let the intelligence and knowledge of millions of economic actors give shape and direction to economic production, socialism employs an elitist approach.

Under socialism, all the key decisions about what to produce are made by a relatively small number of government officials. It’s both ironic and hypocritical that socialists in our country preach “diversity” and “inclusion,” and yet they favor an economic system that excludes most people (most minds—the source of intelligence) from contributing to solutions through a diversity of tactics and strategies.

Under socialism, those entrepreneurs who have demonstrated the specific knowledge to manage a particular industry competently are supplanted by political hacks who lack the specific knowledge to manage any particular industry, much less all industries. Socialism can never coordinate economic activity as well as market-based economies for the simple reason that socialism minimizes the number of minds making economic decisions, relegating most humans to a gray existence as a puppet or pawn of the elite planners.

“Central economic planning” outlaws the planning of most people and replaces it with the plans of the few. Those few may have the best of intentions, but they can never know such vital economic information as what Mr. and Mrs. Joe Lunchbucket want to buy at the supermarket this week. Only the Lunchbuckets know that. What socialists fail to grasp is that the alleged chaos of free markets is actually a finely tuned price-coordinated rational order. As the great economist Ludwig von Mises wrote a century ago, the central planning of socialists, not free markets, is what culminates in economic chaos. (You can read Mises’s essay “Planned Chaos” for free on the Mises Institute website.)

Let us all extend our best wishes and most fervent hopes that millions of economic actors—some prominent, most anonymous—succeed in their entrepreneurial efforts to bring needed goods to market and avert a humanitarian disaster in this most unpredictable of years.