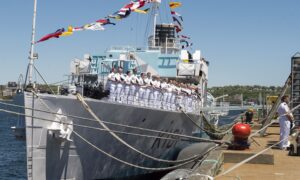 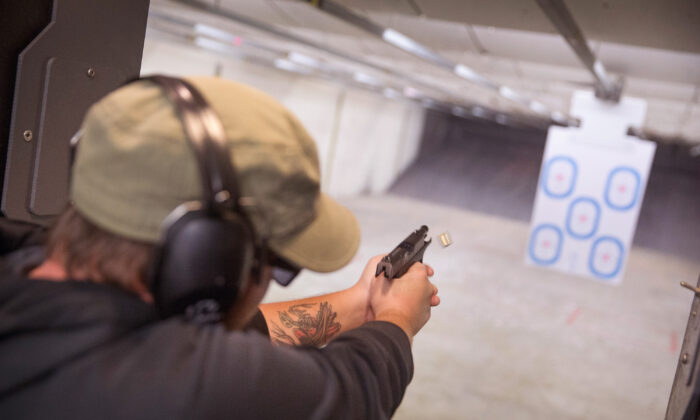 The Liberal government introduced Bill C-21 in Parliament this week claiming that it would combat gun violence and keep Canadian communities safe. This is difficult to believe, because none of its provisions address violent crime or deal with the violent misuse of firearms. It does increase the maximum penalty for non-violent firearms crimes from 10 to 14 years.

Bill C-21 contains a number of provisions that amend the Criminal Code and Firearms Act to invent new crimes and simplify gun confiscation. These new crimes and penalties criminalize law-abiding firearms owners, who are not the problem. Ottawa misleads Canadians by claiming that forcing law-abiding men and women to surrender their firearms—firearms that they have used responsibly—will somehow solve the problems of criminal gang activity or domestic violence.

Confiscating legal property from hunters and sport shooters doesn’t remove guns “from the streets.” None of the newly prohibited firearms are possessed by criminals. Bill C-21 ignores the real problems of criminal violence to focus exclusively on lawful firearms owners. Instead of providing additional resources to police to combat smuggling and drug gangs, this legislation invents new administrative crimes that merely increase the complexity of firearm laws.

Instead of providing support to struggling municipalities dealing with the social and economic problems caused by COVID-19 and subsequent lockdowns, Bill C-21 offers no hope at all. When will governments get serious about helping to resolve the real problems facing troubled youth attracted by gangs or desperate individuals contemplating suicide?

Canadian police chiefs, the RCMP union, and working police members oppose the measures proposed in Bill C-21 because they know that the enforcement of these additional useless laws will take away potentially tens of thousands of policing hours from front-line police work.

On May 1 last year, the government banned, via the Order in Council, hundreds of thousands of legally owned firearms that had never been misused. Nine months later, Bill C-21 finally provides the legal framework justifying this precipitous action, although it remains vague on the details of how this will be accomplished. Perhaps surprisingly, owners of these supposedly dangerous weapons are allowed to keep them until the government gets around to dealing with them, and indigenous Canadians can continue to use them for hunting.

Ignoring criminal violence, Bill C-21 contains two other questionable provisions. It would allow municipalities to ban legal handguns within their boundaries, and streamline the confiscation of firearms from a lawful owner who is accused of posing a threat to themselves or to someone else. This is unjust because no violence need be involved—suspicions alone are sufficient to prompt a raid by police. Confiscating private property based solely on accusations is a slippery slope. Contrary to what the government claims, these provisions unjustly harm the law-abiding men and women who own and use firearms responsibly.

Allowing municipalities to ban lawful handgun ownership ignores criminals. Since legal firearms are rarely used in criminal violence, this will be ineffective in curbing either gangland shootings or domestic violence. Mayors and city authorities should realize that sport shooters aren’t the problem. Available data from Statistics Canada confirm that hunters and sport shooters are law-abiding and that legally purchased firearms are rarely involved in criminal violence, either through theft or “straw purchases.”

The federal government claims that this bill will combat intimate partner violence by creating “red flag” and “yellow flag” laws that would allow anyone to apply to the courts for the immediate removal of an individual’s firearms. This is redundant and violates due process unnecessarily. Concerned citizens can already alert police to potentially dangerous individuals. This law removes important safeguards that protect harmless, law-abiding people from angry neighbours or former partners.

Bill C-21 will not make women any safer, either. Few spousal murders involve firearms, and those that do involve repeat offenders who already cannot legally own firearms, according to information from Statistics Canada and the RCMP. The problem is domestic abuse, and that should be dealt with by supporting programs for counselling families in crisis as well as re-opening the economy. Providing jobs for the currently unemployed would do more good than inventing new laws and penalties for hunters and sportsmen and women.

The framework set up by Bill C-21 for the firearms banned last May is unjust. It forces legal owners to choose between accepting the government’s price for their newly prohibited firearms, or agreeing to strict new regulations that force them to lock up their gun in a safe without being able to take it to the range, or sell it, or even let their heirs inherit it. These firearms are owned by law-abiding men and women who use them for hunting or target shooting. These firearms have never been misused; they were legally purchased and can cost thousands of dollars.

Ottawa calls the newly prohibited firearms “assault-style firearms.” This is a made-up term to frighten the ignorant. Assault rifles, which are fully automatic and used by the military, were banned decades ago. But this bill seeks to ban anything that merely looks like a military firearm, including regular hunting and target-shooting firearms. The ban includes bolt-action as well as semi-automatic, and even airsoft guns, air guns, and replicas. None of these have been involved in criminal violence.

Confiscating firearms owned by responsible men and women does not remove a single weapon from dangerous individuals. The only firearms this bill will confiscate are those owned by hunters and sport shooters who have been vetted by the police and have dutifully followed all Canadian laws.

The government did not provide a clear estimate of the cost of the program. I’ve estimated it could easily be a multibillion-dollar boondoggle—an absolute waste of taxpayers’ hard-earned dollars.

Gary A. Mauser is a professor emeritus at Simon Fraser University in Burnaby, B.C. His report “Do Triggers Pull Fingers? A Look at the Criminal Misuse of Guns in Canada” was recently published by the Mackenzie Institute.