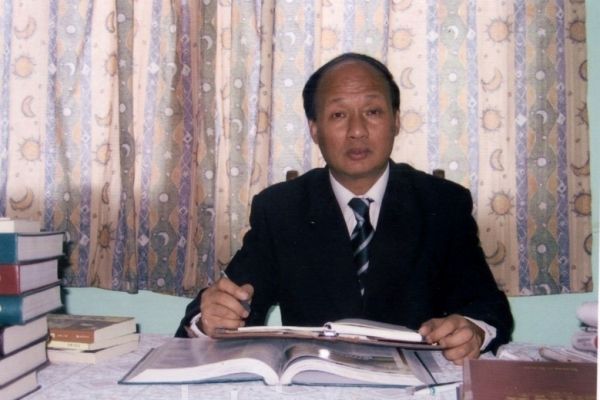 For the past decade, Shanghai-based human rights lawyer Zheng Enchong had to notify the police three days in advance if he wanted to visit his elder brother in the city. If Zheng was permitted to leave home, he would be closely shadowed by a group of security agents.

In the final two months of 2016, however, Zheng suddenly found state surveillance of him and his wife greatly relaxed.

“Nobody follows my wife Jiang Meili when she goes shopping, and the police have also stopped following me,” Zheng said. “The sentries outside my door are more preoccupied with speculating in stocks on their cellphones. Now only three security agents are assigned to tail me, and they no longer have me on curfew.”

Zheng, 66, was handed a three-year prison sentence in 2003 for choosing to defend disenfranchised families in Shanghai and thus oppose members of the “Shanghai Gang,” a powerful political clique headed by former Communist Party chief Jiang Zemin.

Zheng was placed under strict house arrest immediately upon his release. From time to time, Zheng found himself locked away in detention facilities, where he was brutally abused and tortured by Chinese security officers. In June 2009, international human rights groups condemned a particularly severe case of abuse where Zheng said that the police used on him the same cruel torture methods they were applying to Falun Gong practitioners.

But since March 2016, Zheng has been reporting a gradual loosening of the restrictions on him. This development appeared to coincide with his obtaining information from “extremely reliable” channels that Jiang Zemin and his two sons are being placed under some form of control.

In July, Zheng and his wife Jiang Meili (no relation to Jiang Zemin) were whisked away by security agents to an offshore resort for a five-day session of coercion and attempted cooptation. The security personnel plied the couple with fine wine and gourmet cuisine, and tried to cut a deal with Zheng in exchange for his promise to stop divulging politically sensitive information to the press. Zheng, however, refused the luxurious spread and the attempt to buy his silence.

Then on Christmas Day, Zheng, a Christian, was allowed the best treatment so far.

“On Christmas morning, I participated in activities organized by the state church, and in the afternoon, I attended a house church event,” Zheng Enchong said.

Of course, Zheng was still accompanied by police and security agents. But they openly expressed goodwill to him, and some even confided that their relatives were devout Christians.

“My mother visits that church in Zhabei District that we were at several times a week. The next time you go to church, I’m prepared to be a believer,” Zheng recalled an agent saying.

Communist Party cadres are nominally required to be atheists, but the rule is unevenly enforced.

By 10 in the evening, Zheng was done with the Christmas festivities, and tried to board a subway home. But the security agents insisted on hailing a taxi to ferry him back, a show of generosity that could be down to their recently improved remuneration for watching him, Zheng says.

“The authorities increased the pay of those monitoring me by 600 yuan, and give them 300 yuan if they work overtime,” he said. “They get an additional 300 yuan for transport and food whenever they accompany me away from home.”

Zheng Enchong believes that the letting up of surveillance is related to the changing political situation in China.

On Dec. 28, Xinhua carried a report from a high level meeting chaired by Chinese leader Xi Jinping which declared that, “the battle against corruption has gained crushing momentum.” Xi’s anti-corruption campaign has thus far targeted members of Jiang Zemin’s faction; Xi had previously refrained from highlighting the campaign’s successes in such glowing terms.