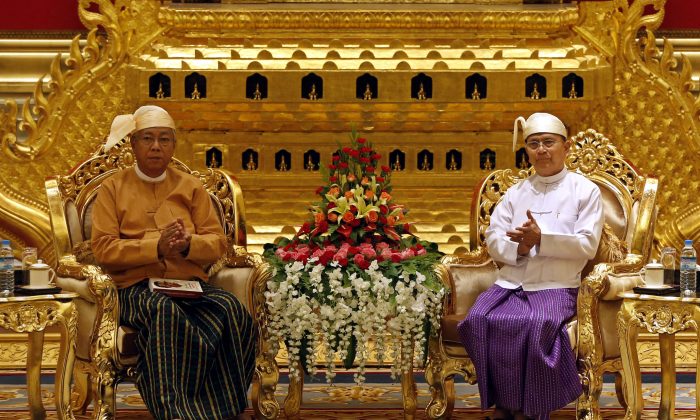 With the support of Burma’s State Counselor Aung San Suu Kyi, the army, and eight armed groups, hopes are high that this conference will not make the same mistakes made in 1947.

Suu Kyi met with the Joint Monitoring Committee, a body representative of the army and non-state armed groups, on April 27. It was the first meeting of its kind since Suu Kyi’s National League for Democracy (NLD) assumed power. The decision to hold a “Panglong-style” conference within two months was probably the most significant development of the meeting.

The NLD leader has publicly voiced her support for holding a Panglong-style conference since she was released from house arrest in November 2010. In a speech she gave at the NLD headquarters two days after her release, she said: “A second Panglong Conference addressing the concerns of the 21st century is needed for national reconciliation.”

As the country prepares for the conference, it needs to reflect on three important lessons learned from the failure of the 1947 Panglong Conference.

The Panglong Conference was not attended by representatives of all ethnic nationalities.

The conference must ensure that all ethnic groups are represented, particularly the approximately two dozen armed groups that did not, or were not allowed to, sign the NCA. No ethnic group should be given a special status or preferential treatment, at least in the early stages of political dialogue.

The conference must have the support and cooperation of different political stakeholders. The NLD government’s peace initiatives should have the backing of the military and political parties of different ethnicities, including those parties in the opposition.

During the Panglong Conference, then-leader General Aung San gave assurance to the frontier people (now called ethnic minorities) that there would be equality of rights in an independent Burma, but many doubted the sincerity of the Burmese leaders.

The British colonial administration was also concerned that the non-Burmese ethnic groups would not be treated equally in the Union of Burma. To allay the fear and suspicion, Aung San told the frontier leaders, “If Burma receives one kyat, you will also get one kyat.” (Kyat is the currency of Burma.)

The conference should focus on amending the existing constitution or drafting a new one that would guarantee equality of rights for all citizens within the structure of federalism.

One fundamental principle of the Panglong Agreement, which was incorporated in the 1947 constitution, was the acceptance of autonomy for the minority groups in the frontier areas in their internal administration.

After the death of Aung San, the Burmese army was against granting autonomy in the frontier areas.

Instead of respecting and protecting the constitution, the military staged a coup in 1962 and ruled the country, which led to the rise of insurgency movements. The military then suppressed the country’s ethnic minorities.

As Suu Kyi, who is the daughter of Aung San, leads this 21st century Panglong-style conference, there is high hope and expectation that the shortcomings of the Panglong Conference will be addressed.

As Suu Kyi leads this 21st century Panglong-style conference, there is high hope the shortcomings of the 1947 conference will be addressed.

At the same time, there is also the possibility of another failure should there be lack of support and cooperation from leaders of all major political stakeholders, including the military.

Given the re-emergence of a ray of hope after five decades of despair, the international community should help Burma achieve peace and stability, which will be beneficial for all.