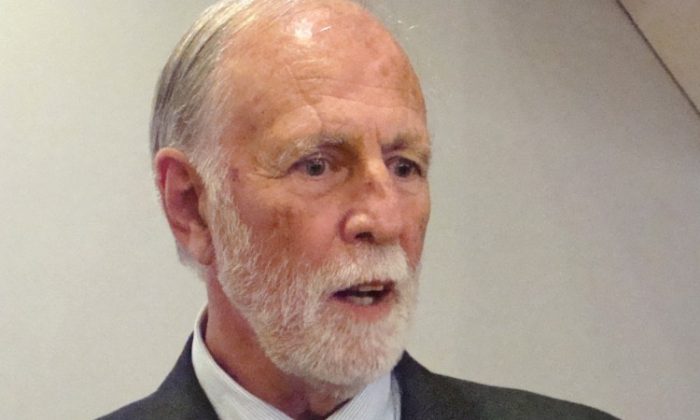 The music played by the orchestra was powerful and brilliant. “It’s very exciting music,” said Mr. Daverne, who was attending the opening night’s evening performance on 20 April 2012.

“Especially in some of the energetic pieces, the war, fighting scenes, the conflict-very powerful and well played.”

Mr. Daverne has played a wide range of instruments including euphonium, clarinet and piano and he has also composed written works for symphony orchestra, accordion, musicals and popular songs, says his website.

“Quite moving and I felt … quite exciting,” he said remarking on the level of energy in both the music and the dancing.

Classical Chinese dance comprises hundreds of poses and movements, but it also includes very difficult and challenging flips and tumbling techniques, both of which demand systematic training, according to the Shen Yun website.

Shen Yun’s orchestra is unique in that it combines a classical Western philharmonic orchestra with traditional Eastern instruments.

Furthermore, Mr. Daverne felt that the music was filled with messages.

With his considerable experience in musical theatre, show business and orchestras, Mr. Daverne felt he was qualified to say that he had seen a great show.