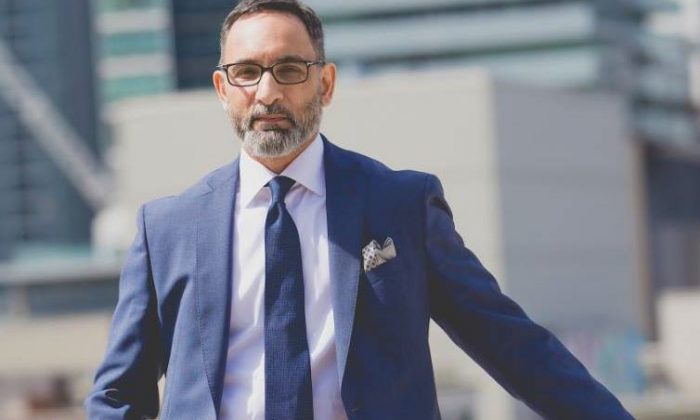 Condos are leading the way in the growing GTA

Rai Hansrani has dedicated his life to making Nest & Castle one of the top and most active real estate brokerage firms in the Greater Toronto Area.

He’s the Founder and Chief Executive Officer of the Mississauga based company and works hard helping clients from wide ranging backgrounds find that “special” pre-construction condominium or new home.

This mid-fifties father is aware of his accomplishments and has great pride in his contributions … but he gives much of the credit to his late father.

“He set the foundation for me … he was an incredible role model,” says Hansrani. “He taught me there’s no problem that couldn’t be overcome …. he taught me the importance of giving back to the community.”

Hansrani’s father immigrated to Great Britain from Punjab in 1947 at the age of 16 and started his first job as a manual labourer, picking potatoes.

But before he passed away at the age of 72, he was a well-known restaurateur owning various successful establishments … all that without being able to read and write in English or even his native language.

Using his father’s work ethic and compassion for others, Hansrania has shaped the working platform of Nest & Castle as a partnership between his clients and himself.

”Searching for a new home investment can be difficult, it can be a lot of work,” he said. “Our goal is to make it easy … people want information and we have it. A big or small portfolio … we do it all. We work together … we give our clients transparency so we arrive at a customized plan.”

The firm offers the latest and most complete MLS listings including state of the art map and neighbourhood searches listing local schools and amenities, as well as, specific demographics and walk scores.

The company prides itself in helping the diverse GTA but it also serves potential buyers around the globe using the latest technology and other electronic tools that have been developed over the past three decades.

Currently, many of Hansrani’s clients are of Chinese origin as people look at Canada – specifically the Golden Horseshoe —as an ideal spot to relocate.

“This area is booming,” he said. “People are discovering Canada is the spot to be.”

He said the more traditional destinations such as Europe are now being questioned due to political unrest such as Brexit. The United States (once considered the top destination) is awash in news reports that show a country divided and filled with problems.

“The Greater Toronto Area is the place to invest in now,” he said. “It’s growing and there’s plenty of opportunity for business. It’s safe and newcomers are welcome.”

Hansrani,an immigrant himself, uses his lived experience as an example that “anything” is possible in Canada.

Coming here 30 years ago he started out in Woodstock, Ont. as a district manager for a national food company. “I loved the town, it was a great experience and I still stay in contact with the people that I met from those early days. It’s something I will never forget.”

Climbing through the ranks, he eventually became Senior District Manager for a financial service company.

But he said his world came crashing down after becoming gravely ill and almost losing his house after being forced to go on long term disability. “It was an awful period of my life,” he said. “But I was determined to persevere.”

After regaining his health, he decided it was best to go out on his own and he took a real estate course.

He found the field interesting and challenging and after selling many properties in a short time he knew he found his niche.

After time and much planning, he parlayed all of his experience to establishing Nest & Castle located at 33 City Centre Dr., suite 608.

He said twenty years ago most brokerage work was in looking for single family dwellings (about 70 percent) but now it has totally flipped to 70 percent for condos.

“Time is the new commodity,” he says. “The dream of having that house with the traditional white picket fence is starting to fade. People want to live, work and play in the same spot instead of all that crazy driving that’s happening now.”

He said prices are still increasing in downtown Toronto so the provincial government is designating “Hub” areas in the GTA (outside of downtown) which include access to major highways and rapid transit such as new subways and Light Rail Transit systems.

Two such hubs where Nest & Castle has been busy is the Vaughan Metropolitan Centre and Mississauga’s M City which offer that “all inclusive” living which many are looking for.

These Master planned communities are becoming popular and are deliberately planned to incorporate a range of buildings and features such as parks, lanes, and community resources including restaurants, theatres, stores, and medical offices.

Master planned communities have the obvious advantage over many of the older stand alone developments making them superiors investments.

He says the underlying theory of these hubs is connectivity … The ability to move people and products around any given area.

Hansrari says he’s willing to help the Chinese newcomers locate wherever they desire, but says most of the second and third generation families are starting to move from historic Asian enclaves such as Markham and settling in these new masterplan communities.

The Vaughan Metropolitan Centre—at Highway 7 and Highway 400—is considered the area’s new downtown and includes The Transit City condominiums which Hansrani has been actively marketing. He was able to sell Phase 1, 2, 3, 4 and 5 in a few months.

Hansari says Transit City is a leading condo at the site because of the close proximity to the TTC’s subway lines connecting Transit City to downtown Toronto and York University.