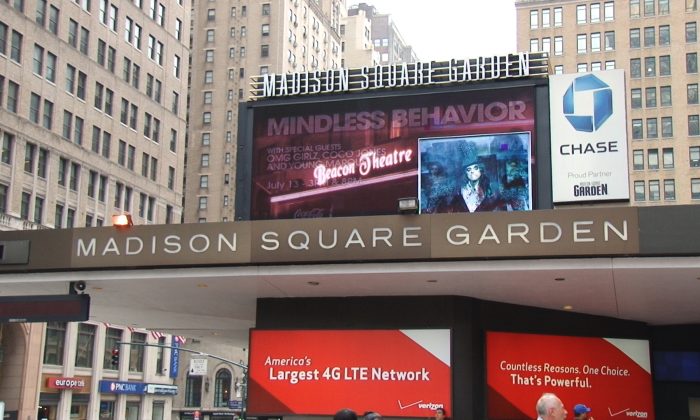 NEW YORK—It was 11:59 p.m. and Alissa Virilli sat eagerly in front of her computer, counting the minutes. As the clock struck midnight, she was ready to buy early-bird tickets for the Governor’s Ball Music Festival on Randall’s Island. But it looked like the first round sold out immediately.

Thinking that she’d miss her chance to get into the festival, Virilli bought a much more expensive pass for the three-day festival, only to find out that most of the tickets were held back to drive up profits.

“Had I known there were hold backs, I would have waited and weighed my options,” said Virilli.

Virilli’s experience is not unusual. A number of people gave testimony Wednesday, June 19, before the city’s Committee on Consumer Affairs about how current ticket sale practices have left the consumer both in the dark, and in the poorhouse.

New York City is putting online ticket sale practices under the microscope, revisiting a 2007 law that repealed all restrictions on the pricing of resold tickets. The repeal will sunset in May 2014.

They are also asking that the Arts and Cultural Affairs Law in the New York State Legislature be changed to define e-tickets and paperless tickets, and enforce current laws on ticket transferability.

Transferability is another common practice of ticket sellers that only allows the person who bought the ticket to use it. The City Council hopes that by getting a clearer definition of e-tickets and paperless tickets, those who make the purchase will have the option to gift or resell them.

“The live ticket market operates in a largely opaque environment,” said Sally Greenberg, executive director of the National Consumers League at the hearing. She added that the practices employed by online ticket sellers who buy blocks of tickets and then resell them at huge markups to powerless consumers who just want to see their favorite band or baseball game is akin to “economic fraud.”

Greenberg said that concert promoters exercise what’s called undisclosed holdbacks, buying huge blocks of tickets before they are made available to the general public. They are then sold through third-party sites such as StubHub or Craigslist, often with huge markups.

As online ticket sales have gotten more sophisticated, old-fashioned scalpers have been replaced by sophisticated resale practices that are often carried out by promoters for the performers.