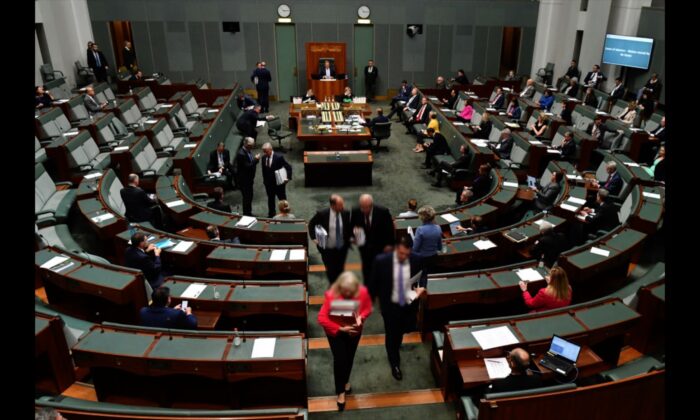 The state government plans to repeal a section of the Workers Compensation Act that presumes that workers who contract COVID-19 did so at work.

In an NSW government press release on Nov. 14, Premier Dominic Perrottet said the amendments to the act had been made in May 2020, when little knowledge existed about COVID-19 and its transmission.

“When the NSW Government originally made the amendments, we had little information about how COVID-19 was spread and whether it was more likely to be contracted in workplaces, and we certainly didn’t have a vaccine rollout.”

He added that although the amendments will be rescinded, workers will still be entitled to make a compensation claim if they contract COVID-19 in their workplace, while businesses will also be protected.

“Now we know more about COVID-19 and its transmission, amendments under Section 19B of the Act must be repealed, so the workers’ compensation system is both fair to employees and ensuring businesses aren’t hit with an unexpected spike in their insurance bills,” he said.

According to NSW Treasurer Matt Kean, by repealing these amendments, the state government ensures businesses don’t foot the bill for more than half a billion dollars in premium increases.

“Small businesses have been hit hard enough by COVID-19 restrictions over the past two years, so now would be the wrong time for them to be slugged with a massive, unexpected insurance premium increase,” he said. “If the NSW Government doesn’t repeal this amendment, we risk losing jobs just as our recovery is gaining momentum across our State.”

However, opposition industrial relations spokeswoman Sophie Cotsis has labelled the repeal a “stab in the back for the tens of thousands of workers fighting COVID,” SBS News reported.

“Mr Perrottet expects a hospital cleaner who fell sick fighting COVID to then have to fight (the public insurer) Icare too,” she said.

Likewise, the NSW Nurses and Midwives Association (NSWNMA) says its members are “outraged” by the plan.

In a press release on Nov.15,  NSWNMA General Secretary, Brett Holmes, said public sector nurses and midwives sent around 25,000 emails to upper house members of parliament, begging them to block the government’s repeal.

“Despite their efforts to go above and beyond for the past 22 months, essential workers who are infected with COVID-19 will face significant hurdles if this repeal goes ahead,” he said.

He explained that healthcare workers are at an increased risk of exposure, and although they can make a worker’s compensation claim,  if they are forced through a disputed claims process, it could be months before an outcome is reached, or a long period without any income if they’re a casual worker.

“If the government’s repeal succeeds, workers would be forced to engage lawyers to fight their case and produce costly scientific evidence to prove a connection between their infection and exposure at work, something increasingly difficult when vaccinated people can carry the disease without symptoms and may not get tested,” he said.

Taking away the presumption acknowledges that “we have to live alongside the virus,” she said.