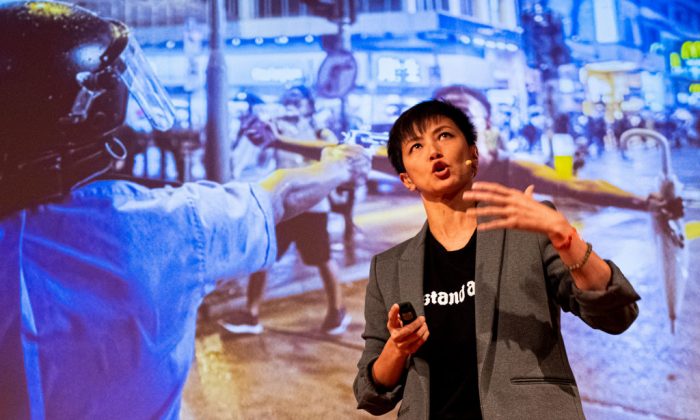 A popular Hong Kong singer and pro-democracy activist found her venue canceled prior to a series of scheduled concerts after pro-Beijing newspapers highlighted her role in the mass anti-government campaign that occurred in 2019.

“The venue is gone [but] the stage is still on,” Cantopop star Denise Ho, also known as HOCC, wrote via Facebook on Wednesday, and announced a live stream webcast on Sept. 12 at 8 p.m. instead.

Venue host Hong Kong Arts Centre (HKAC) canceled the reservation under a clause stating that the concerts would endanger “public order or public safety,” according to a statement released by Ho’s company, Goomusic, on Wednesday. The sold-out concerts were slated for Sept. 8 to 12.

The cancellation of Ho’s reservation came days after pro-Beijing newspaper Ta Kung Pao accused her of being “anti-China” due to her role in the 2019 democratic protests in Hong Kong.

“We can’t help but ask how the Hong Kong Arts Centre, as an independent institution supporting contemporary art, which has been operating for 44 years, can now arbitrarily suspend contracts without substantive evidence?” Goomusic said.

A spokesperson from the HKAC  told The Epoch Times in an email that the art center made the decision “upon consideration of the relevant contractual provisions, social conditions, and the related laws,” and expressed apologies to those affected.

Ho said that her team had examined their concert-related materials and denied the alleged violation.

Ho is an outspoken activist that joined the widespread protests in 2014 and again in 2019. She sought to protect the longstanding civil liberties of Hong Kong, as a former British colony, from mainland Chinese interference.

In 2019, Ho told the U.N. Human Rights Council in a speech in Geneva that the city’s freedoms were slipping away and urged international action. She then went to Washington to urge the U.S. Congress to take action.

Ho thanked supporters on Sept. 2 and confirmed that concert tickets would be refunded.

The cancellation has fed concerns that Hong Kong’s flourishing cultural scene, which in the past was known for its freedom of expression, is the latest target as Beijing tightens its control over the city.

Hong Kong returned to Chinese rule from British rule in 1997 under a “one country, two systems” principle, with the guarantee of a high degree of autonomy and freedoms, not enjoyed elsewhere in China.

Yet concerns grow as Beijing moved to snuff out artistic expression in the city.

In 2016, cosmetics giant Lancome called off a concert featuring Ho in Hong Kong to distance itself from her pro-democracy activism, and to avoid upsetting Beijing, the singer said. The French company then triggered accusations of self-censorship and online calls for a boycott.

“There are values you need to protect whether you’re an artist, a public figure, or a brand,” Ms. Ho said, according to The New York Times.

In September 2019, a masked pro-Beijing attacker splattered red paint on Ho in Taipei during her address to media at a rally to support Hong Kong protesters.

Chow, who directed the films “Ten Years” and “Revolution of our Times,” a movie about the city’s democracy movement, held a private screening of his film “Beyond the Dream” last week.

Authorities raided the screening and accused attendees of flouting social-distancing rules, although restrictions do not apply to private gatherings.

In 2019, organizers in Hong Kong canceled a local exhibition by a dissident Chinese-Australian cartoonist “out of safety concerns.” His work highlights themes including rights violations and abuse of power under Chinese Communist Party rule and he often satirizes Chinese leader Xi Jinping.