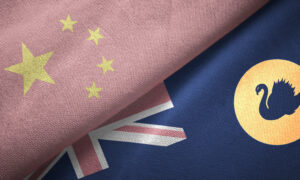 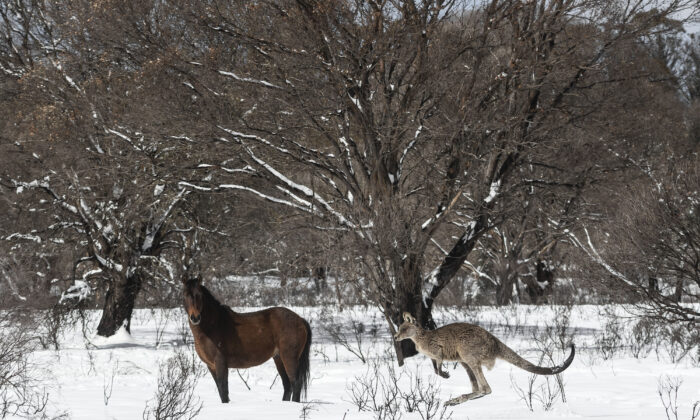 The crunch of tyres on gravel hasn’t been heard on the summit of Mt Kosciuszko for 44 years but could again be a reality should new tourism plans prevail.

So too will the whirr of helicopter rotors again echo across the national park named after Australia’s highest peak.

Several thousand extra beds will also be crammed into ski resorts Perisher and Thredbo, while seven new camping grounds and other accommodation facilities will populate the mighty high country reserve.

It’s all part of a push to utilise the 6,900 sq km (4,287 sq m) of national heritage-listed wilderness as a year-round destination, complete with a redeveloped town centre for the Snowy Mountains’ main visitor hub, Jindabyne.

Both an amendment to the Kosciuszko National Park Plan of Management and a Special Activation Precinct Plan have been published for public feedback.

The documents, which lay out 40 years’ worth of proposed NSW government changes, seek to “address the extreme seasonality of the Snowy Mountains by promoting summer and year-round visitation.”

“There’s an appetite for development and there’s an appetite for growth,” the Nationals politican said. “I’ve got a hope that we can actually accelerate both the private and public investment but in a very managed way because we don’t want to lose what is so special about Jindabyne and the region.”

Others aren’t so optimistic.

“It’s great that there is a focus on showcasing the park’s attractions all year round,” she said. “However part of the experience is the remoteness and the fact you can sometimes go days without bumping into anyone.”

She notes that Kosciuszko’s capacity has been traditionally designed to limit human effect.

“Any suggestion to allow more development and people into the park is for economic and social reasons and will inevitably impact on the wilderness values of the park,” Faehrmann said. “Alarmingly, there is a suggestion that any new accommodation or development be fast-tracked through the planning approval process.” That, she said, simply can’t happen.

While Labor’s Penny Sharpe isn’t opposed to everything being put forward, she doubts the overall outcome is going to represent a victory for the wilderness.

“National parks are given the highest level of environmental protection for a good reason,” she said. “They’re unique and special places. Any development within them needs to make sure the environment is enhanced and not degraded. That’s the test for this latest plan. It doesn’t meet that criteria.”

“Kosciuszko already contains so much infrastructure that we are at serious risk of diminishing the core conservation values of the park,” he said.

The association is opposed to lifting the current cap on overnight stays within the park without a detailed evaluation of the impacts.

As for the ski resorts, its concern isn’t just to do with the size of the chalets but things like increased strain on sewerage treatment systems, garbage collection, parking, transport and light pollution.

Dunnett said the predictable intensification of snow sports will also come at cost of increased damage.

“It is a park that is uniquely precious and vulnerable and our efforts need to shift to protecting the top of the country, not grinding it down with more inappropriate development,” he said.

Access to Mt Kosciuszko itself via the old ‘Summit Road’ has been closed to vehicles since 1977 due to habitat concerns.

It remains a main approach for those on foot and to a certain point, is still used by touring cyclists.

The proposed plans would see commercial tour operators granted limited entry to the trail as a drop-off for multi-day walkers.

Helicopter trips to Thredbo, Charlotte Pass, and Perisher would be allowed for tourist commuters albeit under strict consent conditions.

Accommodation is also on the drawing board at the birthplace of Australian skiing, Kiandra, which was devastated during the Black Summer bushfires.

While it’s also envisaged a new modern town square would be moved to Lake Jindabyne foreshore, locals are said to be concerned that the extra stay options further up the mountains will largely draw visitors away.

The focus on developing the alps for tourism comes as its fragile ecosystems face alarming peril.

It was revealed in March that Australia’s only species of iconic snowgum which live above the snowline are slowly being wiped out by native longhorn beetles.

Scientists are at a loss to explain why. Neither have they so far been able to stop it.

Meanwhile, a landmark University of NSW study released in May revealed the park’s Indigenous flora is struggling to adapt quickly enough to survive warming.

Of 21 species examined, she said 20 were found to be unresponsive to hotter conditions with the already-endangered perennial star plantain the only exception.