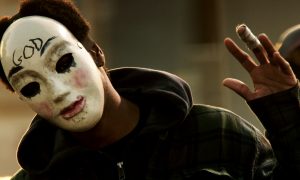 By University of Cambridge
biggersmaller
Print

Researchers have found that, based on enough Facebook Likes, computers can judge your personality traits better than your friends, family and even your partner. Using a new algorithm, researchers have calculated the average number of Likes artificial intelligence (AI) needs to draw personality inferences about you as accurately as your partner or parents.

A new study, published today in the journal PNAS, compares the ability of computers and people to make accurate judgments about our personalities. People’s judgments were based on their familiarity with the judged individual, while computer models used a specific digital signal: Facebook Likes.

The results show that by mining Facebook Likes, the computer model was able to predict a person’s personality more accurately than most of their friends and family. Given enough Likes to analyse, only a person’s spouse rivalled the computer for accuracy of broad psychological traits.

Researchers at the University of Cambridge and Stanford University describe the finding as an “emphatic demonstration” of the capacity of computers to discover an individual’s psychological traits through pure data analysis, showing machines can know us better than we’d previously thought: an “important milestone” on the path towards more social human-computer interactions.

“In the future, computers could be able to infer our psychological traits and react accordingly, leading to the emergence of emotionally-intelligent and socially skilled machines,” said lead author Wu Youyou, from Cambridge’s Psychometrics Centre.

“In this context, the human-computer interactions depicted in science fiction films such as Her seem to be within our reach.”

The researchers say these results might raise concerns over privacy as such technology develops; the research team support policies giving users full control of their digital footprint.

In the study, a computer could more accurately predict the subject’s personality than a work colleague by analysing just ten Likes; more than a friend or a cohabitant (roommate) with 70, a family member (parent, sibling) with 150, and a spouse with 300 Likes.

Given that an average Facebook user has about 227 Likes (and this number is growing steadily), the researchers say that this kind of AI has the potential to know us better than our closest companions.

The latest results build on previous work from the University of Cambridge, published in March 2013, which showed that a variety of psychological and demographic characteristics could be predicted with startling accuracy through Facebook Likes.

In the new study, researchers used a sample of 86,220 volunteers on Facebook who completed a 100-item personality questionnaire through the ‘myPersonality’ app, as well as providing access to their Likes.

These results provided self-reported personality scores for what are known in psychological practice as the ‘big five’ traits: openness, conscientiousness, extraversion, agreeableness, and neuroticism—the OCEAN model. Through this, researchers could establish which Likes equated with higher levels of particular traits e.g. liking ‘Salvador Dali’ or ‘meditation’ showed a high degree of openness.

Users of the ‘myPersonality’ app were then given the option of inviting friends and family to judge the psychological traits of the user through a shorter version of the personality test. These were the human judges in the study—those listed on Facebook as friends or family expressing their judgement of a subject’s personality using a 10-item questionnaire

To gauge the accuracy of these measurements, the online personality judgements were corroborated with a meta-analysis of previous psychological studies over decades which looked at how people’s colleagues, family and so on judge their personality. Researchers found their online values similar to the averages from years of person-to-person research.

In this way, the researchers were able to come up with accuracy comparisons between computer algorithms and the personality judgements made by humans. Given enough Likes, the computers came closer to a person’s self-reported personality than their brothers, mothers or partners.

Dr Michal Kosinski, co-author and researcher at Stanford, says machines have a couple of key advantages that make these results possible: the ability to retain and access vast quantities of information, and the ability to analyse it with algorithmsthe techniques of ‘Big Data’.

“Big Data and machine-learning provide accuracy that the human mind has a hard time achieving, as humans tend to give too much weight to one or two examples, or lapse into non-rational ways of thinking,” he said. Nevertheless, the authors concede that detection of some traits might be best left to human abilities, those without digital footprints or dependant on subtle cognition.

The authors of the study write that automated, accurate, and cheap personality assessments could improve societal and personal decision-making in many ways—from recruitment to romance.

“The ability to judge personality is an essential component of social living—from day-to-day decisions to long-term plans such as whom to marry, trust, hire, or elect as president,” said Cambridge co-author Dr David Stillwell. “The results of such data analysis can be very useful in aiding people when making decisions.”

Youyou explains: “Recruiters could better match candidates with jobs based on their personality; products and services could adjust their behaviour to best match their users’ characters and changing moods.

“People may choose to augment their own intuitions and judgments with this kind of data analysis when making important life decisions such as choosing activities, career paths, or even romantic partners. Such data-driven decisions may well improve people’s lives,” she said.

The researchers say that this kind of data mining and its inferences has hallmarks of techniques currently used by some digital service providers, and that—for many people—a future in which machines read our habits as an open book on a massive scale may seem dystopian to those concerned with privacy.

It’s a concern shared by the researchers. “We hope that consumers, technology developers, and policy-makers will tackle those challenges by supporting privacy-protecting laws and technologies, and giving the users full control over their digital footprints,” said Kosinski.