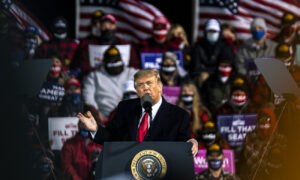 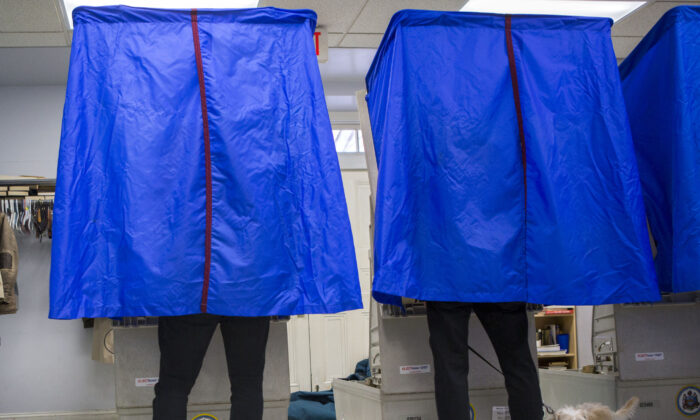 A laptop computer and encrypted USB flash drives were stolen from an election machine warehouse in Philadelphia, according to officials and the company that makes the machines.

“We can confirm that a laptop and encrypted USB drives were stolen from the warehouse at 3500 Scotts Lane,” Nick Custodio, deputy commissioner at the City Commissioner’s Office, told The Epoch Times via email.

City officials said that the stolen computer didn’t have election materials on it, and users weren’t able to use it to program any election machines in the city. They also said the computer’s security features wouldn’t allow unauthorized persons to access it and that the user account was disabled.

“As a precaution, we are rechecking all of the seals on the already tested machines. This is currently an active police investigation and as such, we are not able to provide further details,” Custodio said, adding that officials want anyone with information to call the police before saying, “We are confident that this incident will not in any way compromise the integrity of the election.”

A local reporter went to the warehouse on Oct. 1 and said he was “able to walk right into the voting machine storage unit, alone, for several minutes.” A city official later told him a security guard was supposed to be stationed outside the building at all times. There were no security cameras visible.

Election Systems & Software (ES&S), which makes the voting machines and provided the USB drives, told The Epoch Times via email that the company learned that an employee’s computer and election-related USBs were stolen, and began working with city officials and police officers.

“The laptop did not hold any sensitive data related to elections. It was not used to program the election or interact with USBs used in elections. The USBs are encrypted and contain multiple levels of security. Upon learning of the theft, ES&S immediately changed the employee’s corporate network user account, the device address was blocked, and passwords changed,” the Nebraska-based company said in a statement.

“ES&S is confident that this incident will not in any way compromise the integrity of the election.”

Anyone with information is asked to contact the Philadelphia Police Department.

According to a 2019 contract, Philadelphia paid ES&S nearly $29 million for 3,750 ExpressVote XL voting machines. The paper-based machines produce an independent, voter-verifiable paper record, the company says on its website.

Mayor Jim Kenney, a Democrat, said in a statement that he had been advised of the theft.

“Since being informed of the incident, I have immediately committed to making necessary police resources available to investigate this incident and find the perpetrators. I have also committed to the city commissioners additional resources to provide enhanced security at the warehouse going forward,” Kenney said in a statement.

“This matter should not deter Philadelphians from voting, nor from having confidence in the security of this election.”

Correction: A previous version of this article inaccurately described a portion of the city’s statement. The Epoch Times regrets the error.