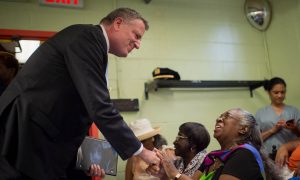 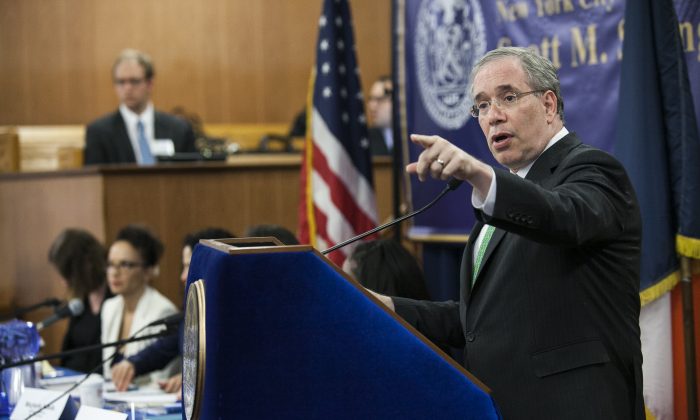 NEW YORK—An audit released by the city comptroller’s office Thursday revealed that the city’s public housing authority, NYCHA, failed to monitor the construction companies it contracts for work on its projects, allowing them to shirk their obligation to hire public housing and other low-income residents.

Federal law requires contractors completing projects valued over $100,000, to hire 30 percent of its workforce from public housing and low-income residents. The audit reviewed 29 of 224 projects that NYCHA contracted from 2010 to 2012, and found that two of them hired fewer than the requirement.

NYCHA also has a Resident Employment Program that requires at least 15 percent of labor costs to be paid to NYCHA and low-income residents if the projects they’re working on cost over $500,000.

The audit found that six companies paid less than that percentage, resulting in a loss of $184,000 in wages that the workers should have been paid.

“Federal law and NYCHA’s own Resident Employment Program (REP) are supposed to help public housing and low-income residents of New York City secure needed job opportunities, but auditors found huge gaps between what the agency said it was doing and the facts on the ground. It’s well past time that NYCHA got serious about making sure that all eligible New Yorkers get the opportunities to which they are entitled to help them build a better future,” City Comptroller Scott Stringer said in a statement.

The construction companies also inflated the amount of wages that they said they paid to NYCHA residents. For 17 contracts that were supposed to follow REP standards, the companies claimed to have spent $1.45 million in wages, but the comptroller’s review of payroll records revealed only $977,000 was spent—a $475,000 difference.

The audit criticized NYCHA for having lax oversight of the hiring practices by its contracted construction companies—such as not punishing those who failed to comply with regulations—and not doing enough to refer NYCHA residents for job interviews.

In its response to the audit’s recommendations, NYCHA said some of the contracts the audit reviewed were not yet completed and thus, they still have more time to complete those requirements. NYCHA also said the comptroller’s office calculations were inaccurate, but did not provide their own numbers.

On Thursday, the agency also released a statement, saying they were “proud of its job growth and retention initiatives that continue to support our residents and the NYC economy too, so we’re disappointed to see these efforts so publically [sic] misrepresented with old and incomplete data.” NYCHA did not address the contracts reviewed in the audit, but noted that through calendar year 2013, they had spent $2.4 million in wages for NYCHA residents, which represented at least 1,600 jobs.