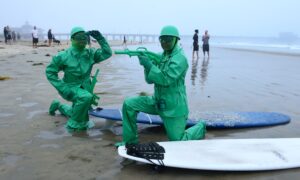 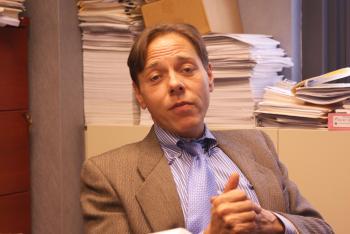 NEW YORK—The election race for New York City’s next comptroller is Joe Mendola’s first foray into citywide politics, yet he is confident he has what it takes to do the job.

His campaign is centered around his background in financial compliance and risk management, and the belief that the position should not be used as a stepping-stone for Mayoral candidacy.

He is also not pulling any punches when it comes to his opponent, current Queens Council member and Taiwanese immigrant, John Liu.

“We are inundated with information about Mr. Liu that’s very troubling,” Mendola said. “His background, the source of his political contributions, [and] his honesty, quite frankly… has been challenged.”

On Sunday, he called for an investigation into Liu’s campaign finances and “illegal use of taxpayer-funded buses to transport voters to the polls during the run-off election on Sept. 29.”

The statement on his Web site urged the Attorney General’s Office Charity Bureau and the New York City Campaign Finance Board to investigate allegations around Liu’s campaign.

Liu won the Democratic run-off against David Yassky on Sept. 15, and the win has raised questions about the role unions and the labor-backed Working Families Party played in getting their members to vote.

Unions have tremendous power in New York City to get people to polling stations, said Mendola. “They get cars, buses, people together, give people time off from work to go vote.”

“What the Working Families Party did for Liu guaranteed him his victory,” Mendola said. “For that he owes them big time.”

Mendola, a single father, was a Democrat until he switched to being a Republican last year over government spending concerns. He threw his hat into the comptroller ring in January after being asked by a fellow Republican to consider running.

Now that the Democratic run-off election is over, Mendola has been working overtime to get his message out. He said the response to his campaign since the run-off has been “phenomenal.”

His most important role, he says, would be to oversee the investments of the $80 billion in pension funds. Currently there is a bailout clause for the pension funds, which means if the investments do not earn enough money to pay retirees, the taxpayer will automatically make up for the difference.

“The problem with that is that the money comes right off the top of the budget,” Mendola said. “It can’t go for housing, it can’t go for medical, seniors, etc—it can’t go for anything, because by law, the city has to make up for this difference.”

The amount that the taxpayer has had to bail out the pension funds has grown from about $1.5 billion in the late 1990s to $5.5 billion in FY 2008. This year, instead of an expected 8 percent return on investment, an 8 percent loss is likely, according to the comptroller’s financial report from Dec. 2008.

Mendola is concerned that the bailout clause creates a lack of accountability for the comptroller, and the taxpayer loses out. He is also worried about Liu’s endorsements from many union and special interest groups.

“The problem with Liu… if you’re going to have somebody that’s in the pocket of all these labor unions, that’s the Working Families Party, in the pocket of ACORN, there’s no way these investments are going to be made with an eye toward maximizing return and thereby limiting the amount of money that taxpayers have to contribute,” Mendola said. “This affects everyone.”