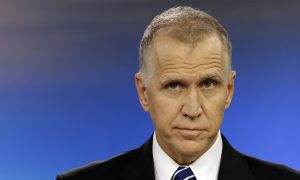 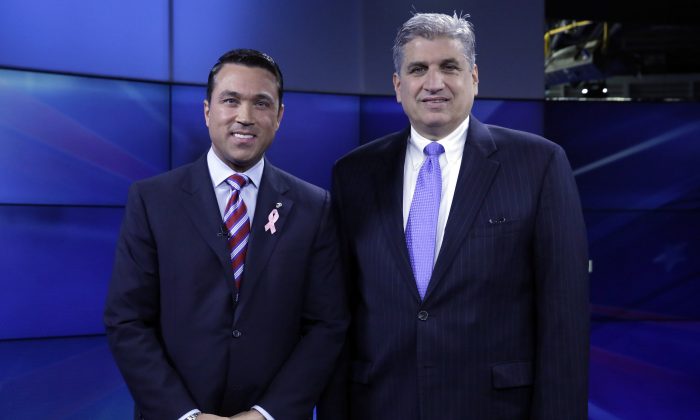 Competitive House Races in New York Down to Wire

Stefanik, 30, is trying to become the youngest woman of either party ever elected to Congress. Woolf’s fight to win in this traditional Republican stronghold could be made more difficult by the Green Party’s Matt Funiciello, who has polled strongly for a third-party candidate.

Grimm is accused of evading taxes by hiding more than $1 million in sales and wages while running a small Manhattan restaurant. He has pleaded not guilty to 20 counts.

Recchia has hammered on Grimm’s legal issues in a bare-knuckled campaign boosted in the final week by a $1.7 million broadcast TV ad buy by the House Majority PAC, a group that backs Democrats in House campaigns.

Grimm, who compounded his bad publicity after threatening to throw a reporter off a balcony, has cast himself as a champion of forgotten Staten Island.

Also up for grabs is a Syracuse-area seat held by Democratic Rep. Dan Maffei that previously has flipped between the two major parties. Maffei won the newly drawn seat in 2012 from the Republican who unseated him as a freshman congressman in a squeaker two years earlier.

This time, Maffei has enlisted the aid of Vice President Joe Biden and former President Bill Clinton as he faces a challenge from Republican John Katko, a former federal prosecutor.
In the lower Hudson Valley, Democratic Rep. Sean Patrick Maloney is in a hotly contested rematch in another potential swing district. Republican Nan Hayworth lost to Maloney in 2012 after one term and hopes to return the favor Tuesday.

On the eastern end of Long Island, six-term Rep. Timothy Bishop is defending his seat against state Sen. Lee Zeldin. Bishop has survived repeated attempts by Republicans and their supporters to turn him out of office. But Republicans believe they have a strong candidate in Zeldin, an Army veteran who served in Iraq.

Two-term Republican Rep. Chris Gibson is facing a well-financed challenge in eastern New York from first-time candidate Sean Eldridge, who is married to Facebook co-founder Chris Hughes and pumped $1.84 million of his own money into the race. Republicans have tried to turn Eldridge’s wealth and out-of-area roots against him.

The other open seat on Long Island is in Nassau County, where District Attorney Kathleen Rice faces Republican Bruce Blakeman for the seat being vacated by Democratic Rep. Carolyn McCarthy.

Nationally, Republicans are expected to pad their House majority in a midterm election in which Democrats are dogged by President Barack Obama’s low approval ratings and a gloomy public mood.

New York Democrats hope the tide of party voters rises as Gov. Andrew Cuomo looks to get out the vote for his re-election race. But pollster Lee Miringoff of Marist College notes that many of these House races will turn on local factors.

“Midterm elections, generally the turnout is a little more Republican than a presidential election year and that makes some of these races more competitive,” he said. “Beyond that, a lot of this has to do with the ground game and the organizations that the candidates have put together.”