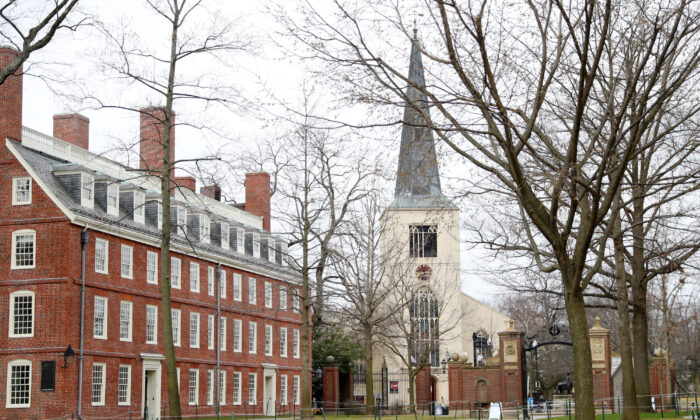 The Supreme Court is to hear two cases—against Harvard and the University of North Carolina—that call into question the use of race-based affirmative action. Students for a Fair Admissions (SFFA) ask the court to hold that institutions of higher education cannot use race as a factor in admissions.

Is it time to end race-based affirmative action, as African American scholar and New York Times columnist John McWhorter argues? Should selective colleges take account of other barriers instead, ones that cross racial categories—such as those of class—in their admissions process? Or should decisions to admit or deny applications be based on merit and not consider race? What about legacy admissions for the sons and daughters of alumni?

A less discussed question, and the one I want to address here, is how admissions policies of elite colleges affect the lives of children and families.

Selective admissions processes that discriminate against some students, like Asians, in favor of others, like blacks and Hispanics, are but one example of how institutions shape and form families.

Conservatives have long seen the family as a haven in a heartless world. It’s, in that view, a bulwark against the domination of the bureaucratic-professional state and a barrier to the wish of progressives to control and manage every aspect of our lives at every level. An Englishman’s home is his castle, in the English saying.

But as Matt Feeney showed in his 2016 article in The New Yorker on the “poisonous reach” of the college-admissions process, it’s not only the state that seeks control over society. Feeney expands the argument in his wonderful new book that other forces are limiting the autonomy of families and shaping how they organize their time. The state’s reach is greater than ever, but parents have become increasingly willing to let the inner life of the family be colonized by other outside forces that promise better futures for their kids: prestigious preschools, “educational” technologies, youth sports leagues, a multitude of enrichment activities, and—most of all—college. These forces that colonize the family are those of non-state institutions, as Feeney shows.

Parents, in their competition with each other to ensure the best future for their own children, submit to these institutions. The result, Feeney argues, is that “the inhuman, instrumental rules that govern the outside world are colonizing the inner lives of families too, changing our very conception of what the inner purposes of family life are. American institutions are emerging and growing to administer the competition of families.”

How does this happen?

As numbers of applications have increased far in excess of places available in top-tier colleges, so admissions offices have increased their power over schools and families. As acceptance rates declined, so students applied to more colleges. School counselors, parents, and professional college admissions consultants pore over college guides, rankings, criteria and college materials to discern what colleges want in a successful applicant. Admissions offices seek to allay parental anxiety—about what they are looking for in an applicant’s essay or resume.

The aim is to inform and reassure, but the effect, as the process becomes more subjective and holistic, is often to make everyone more anxious. Now, parents and students are told, college admissions departments don’t want to see a resume padded with service on committees or activities, but an application that reveals the student’s “authentic voice.” Parents and schools compete with each other to meet those expectations.

Colleges shape the incoming student body through the admissions. They have oscillated between objective or standardized measures of academic accomplishment and aptitude (SAT, ACT, grade point average) to more subjective measures that look for the right kind of student—a “well-rounded” generalist or, more recently, the “well-lopsided” student or passionate specialist.

An important aim and effect of such measures, the critics of affirmative action in Harvard admissions policies argue, has been to reduce the number of Asians (as today according to SFFA). In the present case, it’s alleged, Harvard discriminates “against Asian American students by using a subjective standard to gauge traits like likability, courage and kindness and by effectively creating a ceiling for them in admissions,” according to The New York Times.

In emphasizing character traits and subjective assessment of moral traits, admissions offices not only populate the college with the “right kind” of students, but also, the colleges themselves nudge schools and parents in the direction they want. Students organize their lives to show what the admissions process seems to be looking for—certain character traits, whether a certain kind of generalist interest and leadership or specialist passion or promise of changing the world (in the right direction). They craft their application essay—usually with the help of a consultant or parent—to check the desired boxes while making the result look as “authentic” a window on their soul as possible.

The Coalition’s toolkit encourages high school students to develop and document their inner life as guided by the Coalition itself for that one moment when the soul is bared for an admissions officer. Such officers are neither professors nor students, but administrators who have acquired enormous power to shape and sit in judgment over the souls, the moral lives, of applicants.

The soft and subjective criteria now favored over standardized tests, like SAT or ACT, are not merely lacking in a demonstrated relation to subsequent success as a college student. They also increase the power and reach of admissions offices over the lives of students and families. They restrict the scope of the high school student whose standardized test scores show a talent not evident in his grades, who may have pursued his interests in nonacademic areas as he explored and developed his “authentic self.” He may become serious about academic work only in his junior year at high school.

As Feeney says, the more general cost of ditching the SAT and ACT is that doing so

“… would raise the importance of the softer measures admissions offices now emphasize, where assessing academically meaningless traits of personality and character becomes a corrective process of influencing and prescribing those traits. This is why many in the admissions world agitate against the [standardized] tests. It’s another example of admissions offices addressing the troubles generated by their process by gathering more power for themselves, and making the process more complicated and invasive, more stressful and mysterious, for applicants and their families.”

The family may be the basic building block of society but it’s far from being an autonomous institution, a haven insulated from the competitive pressures of the world outside.

This is clearest in the way college admissions shapes families from the birth of their first child until the last matriculates in a college. The impact is clearest in the case of affluent families aspiring to get their children into the most selective colleges.

The 2008 documentary “Nursery University” follows the efforts of several affluent Manhattan parents to get their young child admitted, not to college but to a selective pre-school. They believe that it improves their 2-year-old’s chances of gaining admission 16 years later to Harvard, Yale, or some other highly prestigious college. The highly educated, articulate, and now obsequious parents grovel shamelessly as they make their way through the application process, as it mimics that of a college application. In this case, though, it’s the parents who are being assessed, who are asked the questions and writing the application essays.

One preschool administrator mocks as crazy the parental belief that a good pre-school is “the first step in getting your child into the college of your choice” while offering in its place the apparently indistinguishable idea that “if your children get a really good preschool education, they have a leg up.”

Feeney’s account tells the story of the structural changes to family life—how parents are more involved in the lives of their children during the school years (even the school day) than ever before, but under the control of administrators, teachers, and coaches. The student’s day is more organized, outside as well as inside school. Parents are also controlled, and their time managed in new ways. They are recruited as adjunct helpers at school, doing “volunteer” duty in the library or lunchroom, as enforcers of homework even in elementary school grades at ages where it has no demonstrated value for current or future learning but produces much suffering for children and parents alike. Music and sports have great intrinsic value for young people, but both activities involve parents in much driving to lessons, rehearsals, concerts, practices, or games, especially if the child achieves a level of accomplishment worth mentioning in a college application portfolio.

College admissions is a major driver of these developments.