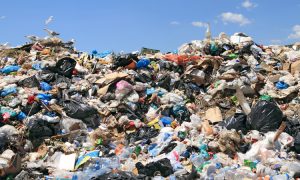 How to Create Wealth From Waste and Reduce Our Landfill
0 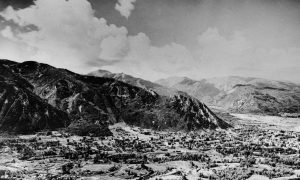 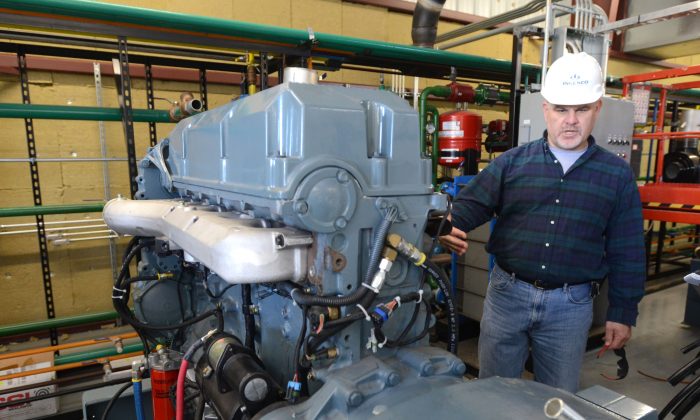 Ingenco Director of Construction Tom Hecmanczuk shows one of the engines that will run on the methane gas from the Bristol Virginia Landfill to produce electricity to sell to the TVA, Nov. 19, 2015. (David Crigger/Bristol Herald-Courier via AP)
US

Ingenco Resources Development, a Richmond-based energy production firm, is building a $4.5 million facility that will use gas created by rotting landfill garbage to fuel a series of engines. In turn, the engines will create electricity that will be sold to the Tennessee Valley Authority.

The worksite was a beehive of activity last week as contractors installed electrical wiring, set up the first of the converted commercial truck engines and performed dozens of other tasks needed to get the facility operational in December.

“Right now the city pulls the gas from wells in the landfill and flares (burns) it. Most landfills burn it because it controls their smell and it keeps them in EPA compliance,” said Tom Hecmanczuk, the company’s director of construction. “What we’re going to do is bring the gas into our plant and make energy.”

Ingenco has a contract to sell the electricity to TVA through a connection being extended to BVU’s East Bristol substation.

The company employs this same technology at 12 of the 17 energy plants it operates in Virginia, Maryland, Pennsylvania and North Carolina, Hecmanczuk said, noting that “it’s not rocket science.”

At its absolute peak, the plant is designed to produce 6 megawatts of power, which is roughly equivalent to the electricity needed to power about 6,000 homes.

“We build modularly. We use six engines, which we call a six-pack, and that generates about 2 megawatts of electricity. In this case we are putting three six-packs in there so nominally we could create 6 megawatts,” Hecmanczuk said. “We can put another one in and, if they start generating a whole bunch of gas, we can expand the building and put more in. It’s an art more than a science and it’s hard to predict.

Waste Disposal in US Landfills Underestimated by 115 Percent

How to Create Wealth From Waste and Reduce Our Landfill

“As we look at their gas curve, we think we will max out at 4.5 megawatts. You can power 1,000 to 1,200 homes with a megawatt. If they produce more gas we can get beyond that,” Hecmanczuk said.

Plans are to produce about 2 megawatts initially and about 3 megawatts by the first quarter of 2016.

And while the electricity is produced here, it will be sold to TVA, which will then resell it to local provider BVU.

“People ask about if their bill will go down. BVU’s sole supplier is TVA, so the physical electrons will stay here in Bristol but the contract path is to TVA, and BVU will buy this power from TVA. We sell it wholesale and have nothing to do with the retail market,” Hecmanczuk said.

BVU purchases about $28 million in power from TVA annually.

“We are currently building a dedicated circuit from our East Bristol substation over to their facility,” BVU electrical engineer Richard Adkins said. “We got the construction agreement signed with them (Ingenco) so that they would pay for all of the construction to get them a dedicated circuit to their site. If there is any problem with their facility, it won’t affect any of our customers.”

This project has been in the works for about three years.

“We did procurement several years ago and signed this contract in 2012,” City Manager Tabitha Crowder said. “Ingenco had to get an air permit and TVA inter-connect agreement and those things take time.”

TVA reported no negative findings after completing its environmental assessment of this project in May 2014.

City leaders initially selected another firm that planned to clean up the landfill gas and sell it to natural gas provider Atmos, but that deal was never completed.

“With the original firm, the market fell out while we were negotiating the contract, they wanted more control over our well field than we wanted to give them and we went to the next highest respondent, which was Ingenco,” Crowder said.

As part of its agreement, Ingenco agrees to pay the city a percentage of revenues it receives, based on the amount of gas it receives.

A recent presentation to the BVU board overestimated the city’s likely share, Hecmanczuk said.

“The good thing for the city is any revenue we get is extra because presently we flare that gas off,” Crowder said. “This allows us to recoup some money and all we’re doing is provide the methane we’re already harvesting off the landfill.”

The plant will employ four people and is expected to operate around the clock every day of the year. In addition to a computerized monitoring system inside the building, officials at the company headquarters in Richmond will be able to monitor the production.

“We monitor all around the (landfill) property boundary as required by the permit,” Campbell said. “We monitor weekly at all the wellheads at the surface of the landfill to make sure we don’t have any gas in any concentration that would cause any danger to human health or the environment and we will continue to do so.”

About 90 percent of the landfill’s gas piping is underground.

Power plant ventilation is designed to assure there is no concentration of methane gas, Hecmanczuk said.

“We will change the air inside this building more than one time a minute. With that kind of ventilation we have done the calculation where you can cut the gas pipe with a sawzall (reciprocating saw) and you’re not going to get gas enough in here to make it explosive,” Hecmanczuk said. “Landfill gas is only about 50 percent methane and it’s coming in at low pressure. We have never had even the slightest problem with methane. We’ve got oil in here, we’ve electric in here. It’s an industrial place and I think those are more of a hazard than methane.”

The engines are all inside the building and mufflers will be installed to reduce noise levels.

Both sides expect the project to have a long lifespan. Gas is piped from the current quarry landfill, which has 31 years remaining, and the two former landfills and Campbell estimates the gas supply totals more than 100 years.