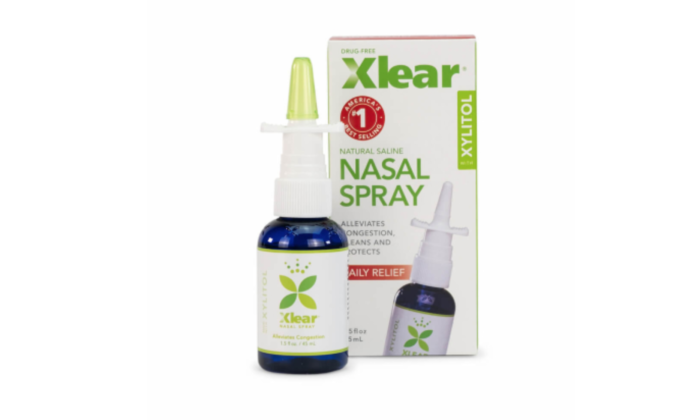 A lead researcher in a study showing that the use of an all-natural over-the-counter nasal spray is effective in treating and preventing COVID-19 says that the U.S. Department of Justice (DOJ) is covering up the truth with a lawsuit that it has filed against the Utah company that makes and promotes the spray as a treatment for the disease.

Dr. Mark Cannon, a global researcher in the use of the natural sweetener Xylitol to combat viruses and other serious diseases, said the use of the Xylitol-based spray made by the company Xlear should be promoted by the government, rather than suppressed through a DOJ lawsuit.

“Xylitol has a long history of inhibiting a number of respiratory viruses,” Cannon told The Epoch Times, noting that it was successfully used in other countries to combat the severe influenza strains of H1N1 and HRSV.

He said Xylitol can kill pathogens and has “very strong anti-inflammatory” properties.

The Justice Department filed the lawsuit against Xlear on behalf of the Federal Trade Commission (FTC). The DOJ and FTC both declined to comment about the suit beyond a statement announcing the complaint.

In the suit, the agencies allege that Xlear has profited from making false claims about the benefits of treating COVID-19 with its nasal spray.

Xylitol, which is often used in lieu of fluoride in toothpaste, is found naturally in raspberries, strawberries, mushrooms, and cauliflower. It’s produced in the human body by the liver. In addition to being used to ward off viruses, Xylitol has long been used in other countries against diabetes, E. coli, heart disease, and inflammatory Alzheimer’s and has been added to intravenous drips to treat patients with sepsis, according to Cannon.

The government is seeking fines against Xlear and a permanent injunction against its promotion of the over-the-counter nasal spray as a treatment and prophylactic for COVID-19.

The DOJ filed the lawsuit after Xlear ignored warnings from the Food and Drug Administration (FDA) to stop promoting its nasal spray for COVID-19 treatment and after the FDA denied the company’s request for pre-emergency use authorization of the spray.

The FDA issued similar warnings to other makers of saline nasal sprays, including the Michigan-based BlueWillow Biologics and the Miami-based company Halodine, which was promoting its proprietary iodine-based nasal antiseptic swabs as a nasal sanitizer that kills COVID-19.

Both companies discontinued promoting their products as treatments for COVID-19 after receiving the FDA warnings.

But Robert Housman, an attorney for Xlear, said the company is far from backing down.

In a 248-page answer it recently filed to the federal lawsuit, the company stated that the only litigation should be against the federal government for using legal bullying tactics to cover up alternative cures for the virus.

“Defendants aver that the greater harm to consumers—in fact, the American public generally—comes from the Government’s refusal to adopt scientifically-substantiated countermeasures to COVID-19, and the Government’s efforts to silence those who seek to educate the public about these countermeasures, of which this lawsuit is part and parcel,” the company wrote in response to the federal lawsuit.

“I think the government lawsuit shows exactly why our approach to the pandemic is failing so miserably,” Housman told The Epoch Times.

In addition to the NIH, the New England Journal of Medicine published a report in February 2021 in support of the use of saline sprays against COVID-19, noting that their effectiveness was of no surprise since the viral load of COVID-19 is concentrated in the nose and upper airways.

The lawsuit also highlights the 2020 study conducted by Cannon with a team of scientists at Northwestern University in Illinois. The study concluded that the Xlear spray, which contains Xylitol and grapefruit seed extract, has proven anti-viral properties against COVID-19.

A study completed in December 2021 by the Institute for Antiviral Research and Utah State University reached similar conclusions, finding that both Xylitol and grapefruit seed extract—both combined and separate—are proven virucidals specifically effective against the Delta variant of COVID-19. The study also noted that the two ingredients both had greater antiviral efficacy than remdesivir, which is FDA approved as a treatment for COVID-19.