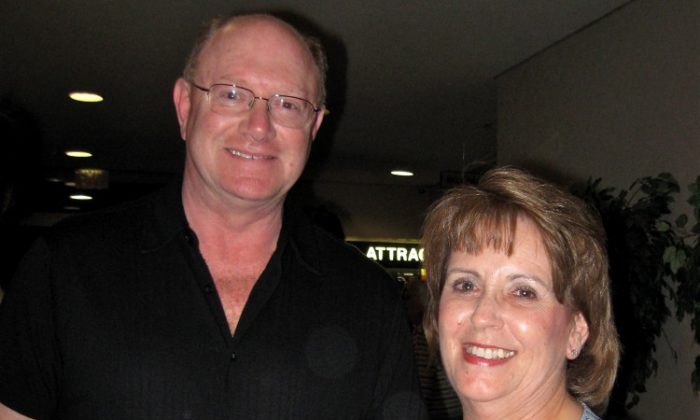 TOLEDO, Ohio—”It was unbelievable. I enjoyed it very, very much,” Mark Zimmerman said of Shen Yun Performing Arts. The New York-based classical Chinese dance and music company brought its performance to Toledo’s Stranahan Theater on March 17 and 18. The Zimmerman’s caught the Saturday performance.

“It was absolutely amazing, breathtaking! The choreography was beautiful,” Carrie Zimmerman said.

“A performance by Shen Yun is a presentation of traditional Chinese culture as it once was: a study in grace, wisdom, and the virtues distilled from the five millennia of Chinese civilization,” according to the company’s website.

“The choreography and everything that was going on onstage, the story that was being told, it was very fascinating,” Mr. Zimmerman said of his overall impression.

Many of the dances, such as How the Monkey King Came to Be and Mu Guiying Commands the Troops, are story-based, with digital backdrops providing animated settings that synchronize with the choreography.

Mr. Zimmerman was impressed by the choreography and the synchronization on stage. “You can’t believe how everything happens in unison,” he said.

In fact, there was nothing that didn’t impress him. He enjoyed “all of it.” “Everything was very, very nice.”