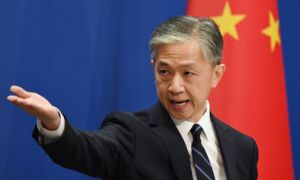 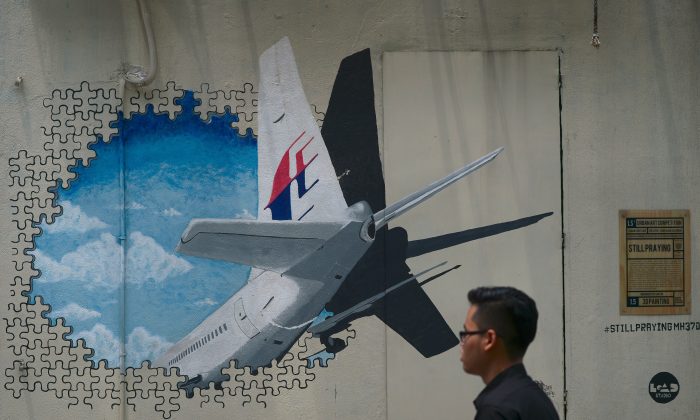 A man walks pasts a mural representing the missing Malaysia Airlines flight MH370 at an alley in Shah Alam, on the outskirts of Kuala Lumpur on Aug. 26, 2015. (MOHD RASFAN/AFP/Getty Images)
International

An American ocean exploration company, Ocean Infinity, has offered to search for the disappeared Malaysian Airlines Flight 370 after the official search was suspended in January.

The company would only get paid if it finds remnants of the Boeing 777 aircraft, according to Voice370, the association of families of the flight crew and passengers.

Flight 370 disappeared on March 8, 2014, flying from Kuala Lumpur to Beijing. Contact was lost with the plane over the South China Sea. It is believed the plane turned around and headed west and then south, crashing into the Indian Ocean.

Malaysia (where the craft was from), China (which had the most passengers onboard), and Australia (the area of responsibility the plane is believed to have crashed) spent over $100 million searching some 46,000 square miles of ocean to no avail. A few pieces of debris were found near or on shores of Réunion island in 2015 and Africa in 2016.

Analyzing drift patterns of the debris, in a Dec. 20, 2016, report, the Australian Transport Safety Bureau identified an unsearched area of nearly 10,000 square miles, which has the highest probability of containing the wreckage.

Yet, on Jan. 17, the three countries announced they were suspending the search.

Ocean Infinity reportedly offered to help in April. The company wields a fleet of a dozen drones, six surface vessels, and six sonar-equipped submarines that can scan the seabed with high precision.

The company declined to release details of the offer, but confirmed it has “offered to take on the economic risk of a renewed search.”

“We’re in a constructive dialogue with the relevant authorities and are hopeful that the offer will be accepted,” said Mark Antelme of Celicourt Communications, in an email. Antelme handles press inquiries for Ocean Infinity.

Voice370 released a statement on Thursday, Aug. 10, calling on Malaysian authorities to accept the offer “without further delay.”

“It has been more than 4 months now since Ocean Infinity first made the offer to carry out the search with a fee payable contingent upon success,” it stated.

The Malaysian government hasn’t immediately responded to a request for a comment.

The captain of missing Malaysia Airlines Flight MH370 conducted a simulated flight deep into the southern Indian Ocean several weeks before the plane disappeared in March 2014, according to a confidential document from the Malaysian police investigation.

New York magazine, which obtained the government document on a FBI forensic examination, reported that pilot Zaharie Ahmad Shah conducted a flight simulation on his home computer that matched the suspected route that missing flight MH370 later traveled. The plane is believed to have gone missing in the remote southern Indian Ocean.

The FBI analyzed the hard drives from a flight simulator that the pilot had built using Microsoft Flight Simulator X software, the documents stated, according to the magazine, which published its exclusive report on Friday. The FBI recovered data points he input into the program, which went into the southern Indian Ocean.

The simulated flight was made less than one month before MH370 went missing with 239 people on board on March 8, 2014.

Earlier this year, The Australian reported that U.S. officials suspected that Shah was responsible.

“Several months after the MH370 disappearance I was told by a government source that the FBI had recovered from Zaharie’s home computer deleted information showing flight plan waypoints … my source … left me with the impression that the FBI were of the opinion that Zaharie was responsible for the crash,” wrote reporter Byron Bailey with the publication.

Senior officials announced Friday that the international search for MH370 will be suspended if the plane isn’t found in the remaining search area in the southern Indian Ocean.

“The decision came not lightly,” Australia’s transport minister, Darren Chester, said in the news conference. “But in the absence of new credible evidence it is not possible to continue searching. Every effort has been made. We have used the most high tech and the best people for this search,” reported the Australia Broadcasting Corporation.

Malaysian Transport Minister Liow Tiong Lai, in a press conference on Saturday, stressed it “does not mean we have given up on looking for MH370.”