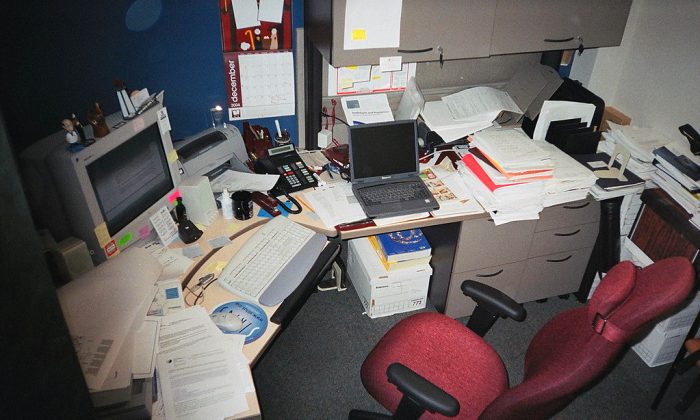 (This work has been released into the public domain by its author, AlainV at English Wikipedia)
Europe

'What did you do yesterday? And the previous month? He could not answer'
By Jack Phillips

A Spanish civil servant reportedly hadn’t been to work for six years, and nobody had noticed.

It wasn’t until 2010 when engineer Joaquín García, 69, who is now retired, was slated to get a long-service award when his boss noticed he wasn’t there.

He was still on the payroll. I thought, where is this man? Is he still there? Has he retired? Has he died?

Deputy mayor Jorge Blas Fernández, who hired García, told el Mundo: “He was still on the payroll. I thought, where is this man? Is he still there? Has he retired? Has he died?”

García started working for a local authority in Cadiz in 1990. In 1996, he was sent to work for the local water board, Agua de Cadiz, where his job was to oversee a waste water treatment plant, the Guardian reported. The water company believed that he was being supervised by the local authorities and local officials thought vice versa.

A former manager who had an office right next to García’s office told Fernández that he hadn’t seen him in a few years, so Fernández called García into work.

“I asked him: what are you doing?” said Fernández, explaining what he told García.

“What did you do yesterday? And the previous month? He could not answer,” he added.

According to the Metro, the fine was the maximum the court could dole out to García, who reportedly went into hiding as a result of the recent publicity.

“We thought the water company was supervising him but that was not the case,” Fernández elaborated, according to the Independent. “We found out when we were about to present him with a commemorative plaque for 20 years of service.”

Via a lawyer, García has denied the allegations against him, saying the media is trying to “lynch” him, the BBC reported. This came after Spanish media outlets referred to him as “el funcionario fantasma,” which is translated as “the phantom official.”

García said he was placed in the job as punishment for his family’s political leanings, adding there wasn’t actually any work to do. However, he was reluctant to report it because he had a “family to support” and was worried he could not get another job due to his age, people close to him said.

Is This a Yeti Stomping Around in Spain?

The sources added that due to his situation, he was depressed and went to a psychiatrist.

The sources stipulated that he did, in fact, show up to work but not for full business hours.

In the meantime, he read up on philosophy, namely becoming an “expert” on Dutch author Baruch Spinoza, who is credited for laying the foundation for the Age of Enlightenment of the 18th century.

He wasn’t fired from his job because he had already retired.