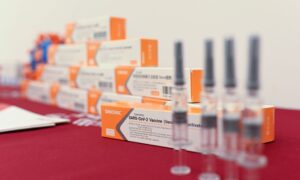 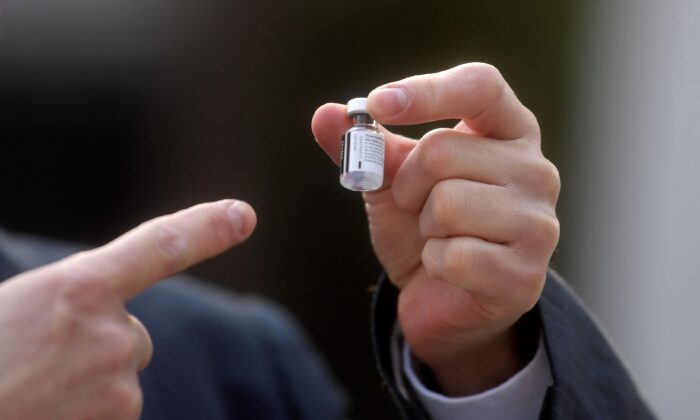 A coalition of companies is pushing for a credential that would identify people who have received a COVID-19 vaccine.

Microsoft, Oracle, and Salesforce are among the businesses that are part of a group that announced on Jan. 14 that they’re working on the new project.

“The goal of the Vaccination Credential Initiative is to empower individuals with digital access to their vaccination records so they can use tools like CommonPass to safely return to travel, work, school, and life, while protecting their data privacy,” Paul Meyer, CEO of The Commons Project Foundation, said in a statement.

Mike Sicilia, executive vice president of Oracle’s global business units, said the initiative is aiming to make showing that one has been vaccinated or tested “as easy as online banking.”

The initiative’s website says the coalition, which includes public and private entities, is working to give people the ability to “demonstrate their health status.”

Participating health groups will agree to provide people with digital access to their vaccination records using so-called smart health cards. People will then be able to show proof of their status using digital wallet applications or documents with a QR code.

The Trump administration already gives people who get one of the COVID-19 vaccines a paper card that shows information such as which company manufactured the vaccine and the date on which they were injected. A federal database, though, doesn’t exist.

In one example outlined by Ken Mayer, founder and CEO of Safe Health Systems, an app using the initiative’s standards would help concerts and sporting events relaunch.

Those standards, combined with smartphone-enabled rapid tests the Food and Drug Administration is beginning to authorize for people to use at home, “will enable application developers to create privacy-preserving health status verification solutions that can be seamlessly integrated into existing ticketing workflows,” he said.

A number of businesses could require that employees be vaccinated, similar to how they’ve mandated masks. That wouldn’t violate the Americans with Disabilities Act, the Equal Employment Opportunity Commission said last month, though some employees could claim a disability or a religious objection. And some companies could require vaccination proof from customers. Qantas Airways’ CEO said in November 2020, “We think that’s a necessity.”

The Commons Project, which created the digital health pass, is part of the coalition working on the new initiative.

The news came as the United States reported over 11 million vaccinations have been administered in about a month. Most went to health care workers of long-term care facility residents, but the Trump administration recently directed governors to start prioritizing anyone 65 or older or anyone younger than 65 who has a serious underlying health condition.