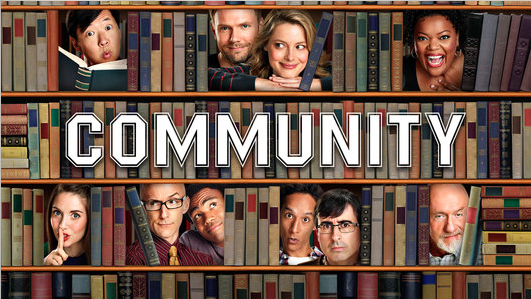 Although broadcast on NBC, “Community” is owned by Sony Pictures Television. The series, which was in question as to whether it will be continued on the network or not means Sony is looking for a distributor for the film, which is already approved. Although reports suggest that the “Community” movie will most likely be streamed on Hulu, Yahoo has already picked up the sixth season of the comedy series.

“We try so hard and have a pretty decent record now of saving and/or rescuing some of our favorite shows, whether it’s ‘Damages’ or ‘Unforgettable.’ Certainly, ‘Community’ is right in there in a passion project and it’s got a storied past,” said the president of programming at Sony, Zack Van Amburg, in a recent interview with The Hollywood Reporter.

Van Amburg also said that there might be possibility of a season seven, depending on how well the movie does.

“There’s no way we’re not making the movie now. I think once we make the movie, let’s look up and decide how much more Community the world wants. We promised six seasons and a movie, how much more do you want?… I’d be lying if I told you that we have not had some very early and preliminary conversations that are very exciting about what a potential movie could be and who might direct it,” he said.

Season 6 will premiere in the third quarter of 2014.