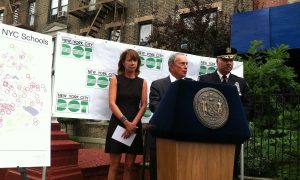 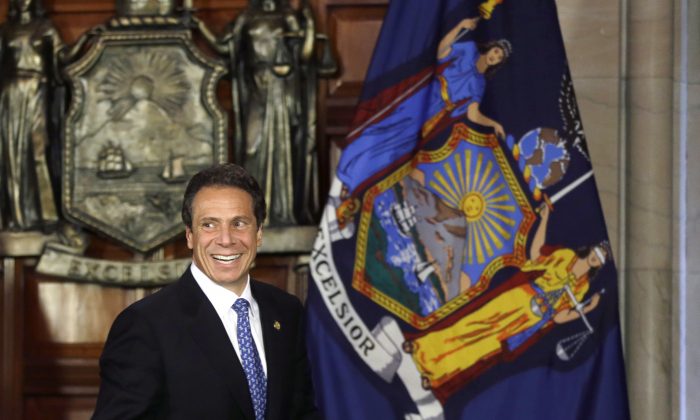 NEW YORK—Gov. Andrew Cuomo announced the first round of funding for an initiative that would transform some public schools into community schools that will provide health and social services.

The first round of the initiative will distribute $15 million to approximately 30 schools from high-need districts statewide. Schools have to submit a request for proposals to participate and will be selected on a competitive basis.

Cuomo first announced his support for the community school initiative in his 2013 State of the State speech.

“The state is empowering schools in distressed communities to give students extra help through health care services, family counseling, and employment assistance, all of which will strengthen our neighborhoods and give students in those areas additional support, both in and out of the classroom,” Cuomo stated in a press release.

Participating schools will receive up to $500,000 in grants from the state. Grant winners will be announced in September.

The idea of transforming some schools into community centers has received the support of most New York City mayoral candidates, including Bill de Blasio and Christine Quinn. [https://www.theepochtimes.com/n3/70908-community-schools-may-have-potential/]

“There is so much more we can do around the community schools model,” Quinn said at a May 23 mayoral forum hosted by Campaign for Children. “If we take that model as they have in other cities and really make it a fundamental foundation of our educational system, we’re going to have schools go back to the heart and core of our community.”

The community school model has been particularly effective in Cincinnati.

“I’ve been out to Cincinnati and I’ve looked at the community school model out there. They’ve tied health and mental health into the school. I think we need to do a lot of that,” mayoral candidate Bill Thompson said at a candidate forum.

In New York City, the Children’s Aid society has operated 16 community schools in Washington Heights, Harlem, the South Bronx, and Staten Island since 1992. Studies conducted at these schools show improvements in academic performance, student and teacher attendance, the overall school climate, parent and family engagement, as well as the students’ mental and physical health.