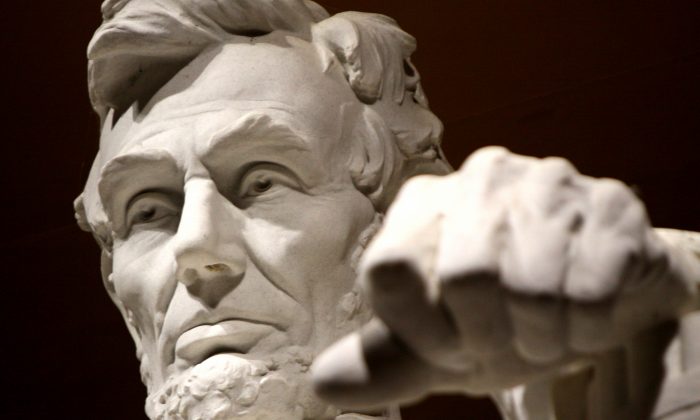 Community Matters: Looking for Community in All the Wrong Places

Community, like family, is a part of being human, of our nature. We are highly social animals and living in a community with others is part of human flourishing.

We learn how to relate to others beyond our family and acquire the needed virtues, skills, local knowledge, norms, customs, history, and common sense. In our communities, we develop “habits of the heart” to meet our common needs and solve problems. The art of association that Alexis de Tocqueville noticed as so highly developed in America was the “first law of democracy.”

But also like family, community is a slippery term, a word that has changed its meaning over time and is used today in two distinct senses—to refer to people who live in the same place or to people who share the same interests.

The word “family” once meant “household servants” and only acquired its modern meaning of parents and children in the 14th century. That was about the time that “community” acquired its modern sense of place, a number of people associated together by the fact of residing in the same locality. In this sense, most people grow up with others in a family, and families live together in communities.

No one today confuses our sense of family with servants, but “community” has retained its earlier meaning, of people sharing a common interest or feelings. So the older sense coexists with and even overshadows the sense of community as place.

A community of interest covers a multitude of possibilities that have little or nothing to do with family or place—such as the intelligence community or business community; a professional community (as legal or medical); a gaming community connected only online; a “community chest,” as the United Way used to be called—a fundraising organization that by design separates donors from multiple charitable bodies and their clients, providing centralized scrutiny. Some talk even of the “international community.” The European Union once called itself an “economic community.”

As people become more mobile and their ties to a community of place, as well as to their family, loosen, they look for alternative kinds of community that provide some of the same sense of belonging. Facebook has some 2.4 billion active users worldwide—not exactly a community but host to many communities large and small.

Many people who barely know their neighbors have hundreds of Facebook “friends.” They belong to multiple Facebook groups of former high school students, of political and religious interest groups and organizations, or of hobbyists. Some belong to closed groups for fellow residents of their town or neighborhood, virtual communities of place for members of the real communities where people live.

The communication facilitated by such a Facebook group enables my family to be more involved than ever in our community-oriented town, taking meals to the families of newborns or the newly bereaved, praying for those who ask for prayers for a sick child, and so on. Many of these situations in our own community we wouldn’t have heard about but for Facebook.

Many people stay in contact online with old friends from decades ago, people they know as fellow students or work colleagues but lost touch with long ago. One family member tells me she recently visited a friend of 10 years. Both have been mobile and haven’t lived in the same city for more than two weeks in their lives. But they sustained their friendship online, even across thousands of miles.

Some research suggests that overreliance on the internet and lack of face-to-face relationships and connection can result in a host of problems, yet we cannot dismiss the community-building advantages.

In contrast to communities of interest, a community of place can be viewed as an organic extension of family life, growing out of and supported by it.

A community of place builds and transmits across generations its own local knowledge and wisdom. It shares common norms and values that may differ from those of other places, regions, or political centers of power and influence. It respects common sense, a “nonexpert way of understanding the world,” as political science professor Patrick Deneen puts it, “that comes through experience, memory, and tradition, and is the source of much democratic opinion that liberalism typically dismisses.”

Community, so understood, stands athwart the tendency of modern politics toward the subjection of all particularities, everything that might differentiate one place from another.

Liberalism of left and right is highly individualistic. It tends to emphasize the universal rights of the autonomous individual. It sees the state as enforcer of those rights against every aspect of civil society that stands between individual and state. In place of local norms and standards—with respect to teaching the virtues, setting limits on acceptable sexual behavior, or deciding what should and should not be taught in schools, for example—the state, federal government, and courts impose universal standards and rules on all.

Sometimes, in the name of rights, inclusion, and even diversity, they impose standardization and uniformity on all, so that every place is “diverse” in the same respects and nowhere differs much from anywhere else.

This pattern of homogenization is especially evident in education at all levels—the result of progressives’ efforts to impose the same control everywhere on school curricula and rules—banning the teaching of theology and sacred scripture or insisting on abolition of sex-differentiated bathrooms, teaching a particular, negative view of U.S. history and culture, and promoting a particular, positive view of sexual behaviors that had long been condemned by almost all communities and faiths. But it is also evident in some conservative initiatives to impose uniform standards, such as the No Child Left Behind Act promoted and signed in 2002 by President George W. Bush.

Abraham Lincoln—who was quoted directly by the Catholic Church in propounding “subsidiarity” as a core teaching of its social doctrine—held that the higher powers of the state ought not to intervene in matters in which smaller, subsidiary societies (families, local communities, associations, schools) were capable of practicing their own competencies.

This principle of “subsidiarity” protects those arrangements in which smaller groups, closest to everyday experience, make the maximum number of decisions. (Lincoln, of course, recognized the need in some circumstances to assist lower bodies when they needed help in carrying out their functions or even to impose the will of higher bodies on lower, as in the case of slavery.)

Interestingly, many social workers involved in the most coercive state interventions in families and communities—that of child protection from abuse and neglect—came to realize that substituting the state for the family was frequently counterproductive. It often imposed further damage on the children and undermined, rather than supported, the capacity of a community to care for and protect its own.

They sought to mitigate such problems by “widening the circle of responsibility,” convening meetings in which extended family members and others involved in the situation, such as schools, police, or a helpful neighbor, came together to work out ways to keep the children safe. This was in sharp contrast to the common practice of professional social workers imposing their own solution and putting it to the family as an ultimatum.

Instead, the new approaches, based in some cases on very traditional and indigenous practices that preceded the modern bureaucratic-professional state, looked for and built on the strengths and assets of families and communities instead of focusing on their needs and dysfunctions. As Gale Burford and Joe Hudson put it:

“Involving people in constructing solutions that fit for their families, social networks, and communities was seen to develop their capacities. These ideas resonated with community-minded social workers who long supported the idea that lasting solutions to problems are ones that grow out of, or can fit with, the knowledge, experiences, and desires of the people most affected.”